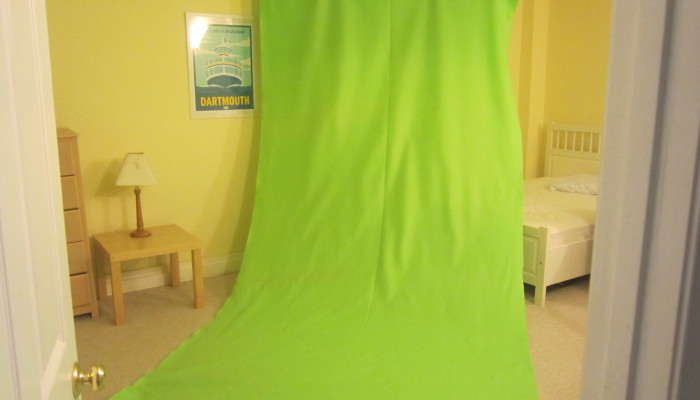 My husband Bob and my kids have been making hilarious video projects since they were little. This weekend, they had a new project in mind, and needed a green screen. A green screen allows you to shoot video and remove the background, while keeping the main character visible. This allows you to put a different background, or create special effects (like flying people).

To make a green screen, Bob purchased a large piece of green felt fabric. Green screens typically hang vertically and then curve as they hit the floor. They curve so you don’t create shadows at a sharp bend.

To get the green screen high enough, Bob borrowed my Story Loom. He attached a long pole to the top wide enough for the screen. The green screen looks a little wrinkled here, but when making the video, Bob was very meticulous about taking out any creases. 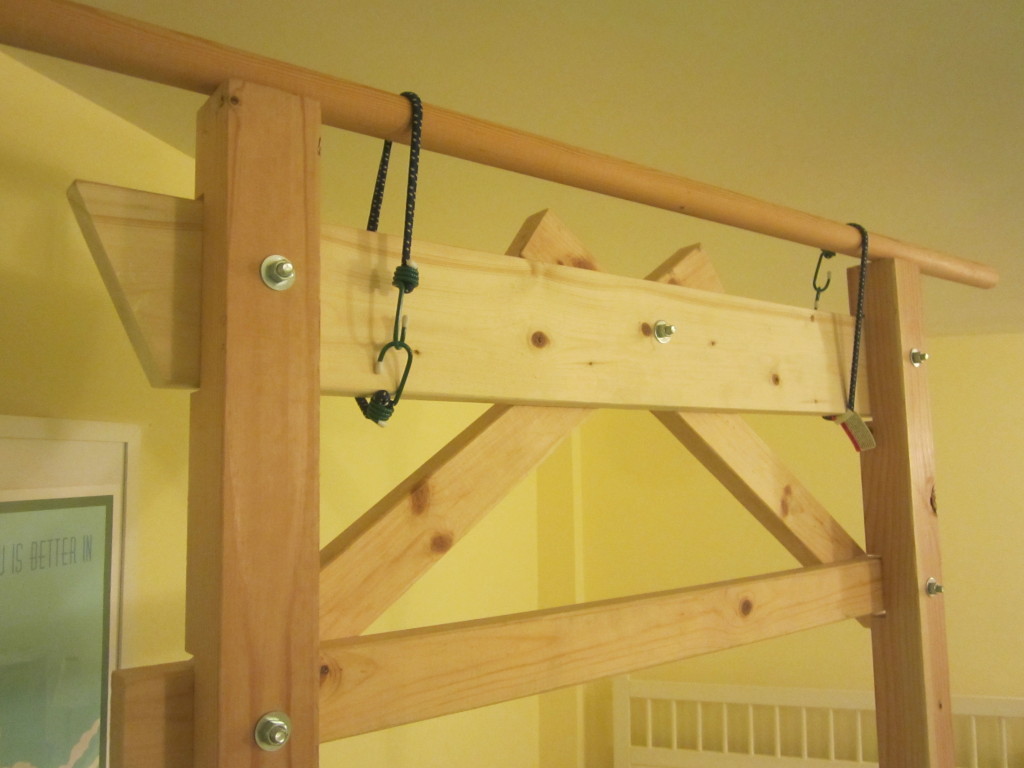 I noticed after the video shoot, in the part of the fabric along the curve, the felt was starting to pull apart. It probably would have been a better idea for Bob to buy cotton instead of felt because felt fibers are relatively easy to shred like this. But he loved the color of this felt so that’s why he chose it.

I can’t tell you the details about the video they are making until they are ready to reveal its awesomeness, but I thought it would inspire other families to make fun videos if I showed Bob’s DIY green screen.

In the meantime, would you like to watch some of their past video projects?

Their most popular video animates my daughter’s drawings. As of today, The Adventures of Nora and Russell has more than 240,000 views on Youtube! Both kids provided audio. Bob animated Nora’s drawings using software called Creatoon. It took HOURS and HOURS to make. But they all loved working on this project very much.

Bob and the kids made a second video with the same style of drawing, called Nora and Russell and the Robbers from Outer Space. I think it’s just as entertaining, but it has only been viewed about 1500 times!

(This story has two parts, so be sure to watch Part 2 of Nora and Russell and the Robbers from Outer Space on Youtube as well.)

One of the first video projects they made was about an imaginary friend that my daughter invented when she was four years old. They borrowed a green screen from a friend to make this video.

To make this video, Bob choreographed Nora to play two different characters and to move across three screens to tell the story.

Like many kids, my son loves Minecraft. This video imagines his new pet is a character from that popular game, using split screen technology. My favorite part is when the Creeper poops.