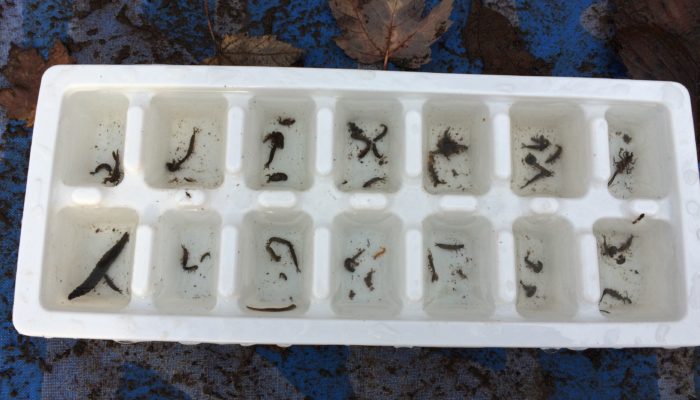 Students in middle school and high school have to do a certain number of service hours to graduate in our area. My daughter Nora is in eighth grade and we have been doing many fun volunteering projects. Today we tried something new, which was stream monitoring with the group Oakbrook Stewards of Creation. These volunteers attend Oakbrook Church in Reston. The stream they monitor four times per year is called Sugarland Run.

Here’s how it worked. We walked to Sugarland Run with two large rectangular nets and two waterproof tables. We measured the width and depth of the stream at the place where we were going to take the sample. The volunteers said the stream was very low today, maybe the lowest they have ever seen in the time they have been monitoring this spot. There has not been much rain this fall.

Two volunteers stretched out the net in the stream, and anchored the end that was upstream with a few rocks. The rest of us then disturbed the rocks upstream from the net by “doing the twist” i.e. walking and twisting our feet, or by reaching into the water and brushing the undersides of the rocks. We did this for 60 seconds, and then the volunteers picked up the net and carefully carried it up to the waterproof tables. 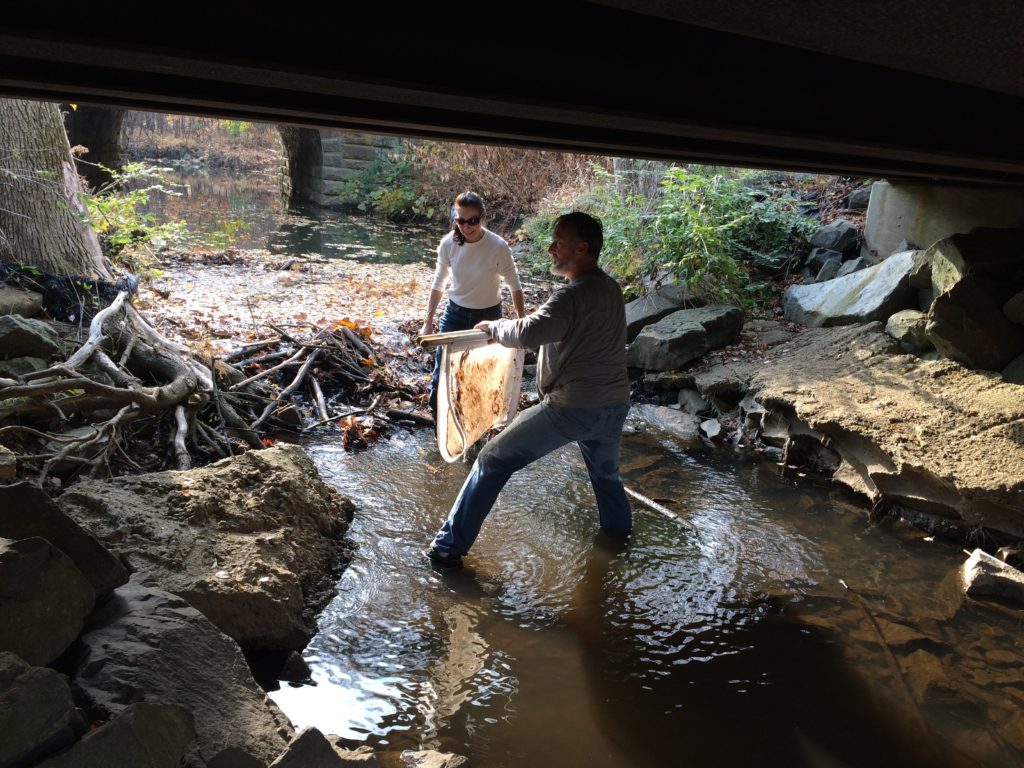 Karin and John gather another net of macroinvertebrates

Next we used tweezers to pick up all the macro-invertebrates and put them into an ice cube tray filled with water from the stream. Most of the macro-invertebrates are very tiny, like less than an inch long, but some were juicy! We found two true fly larvae (Diptera) and they were the juiciest! I also liked the ones that looked like little lobsters – these were mostly damselfly larvae today. 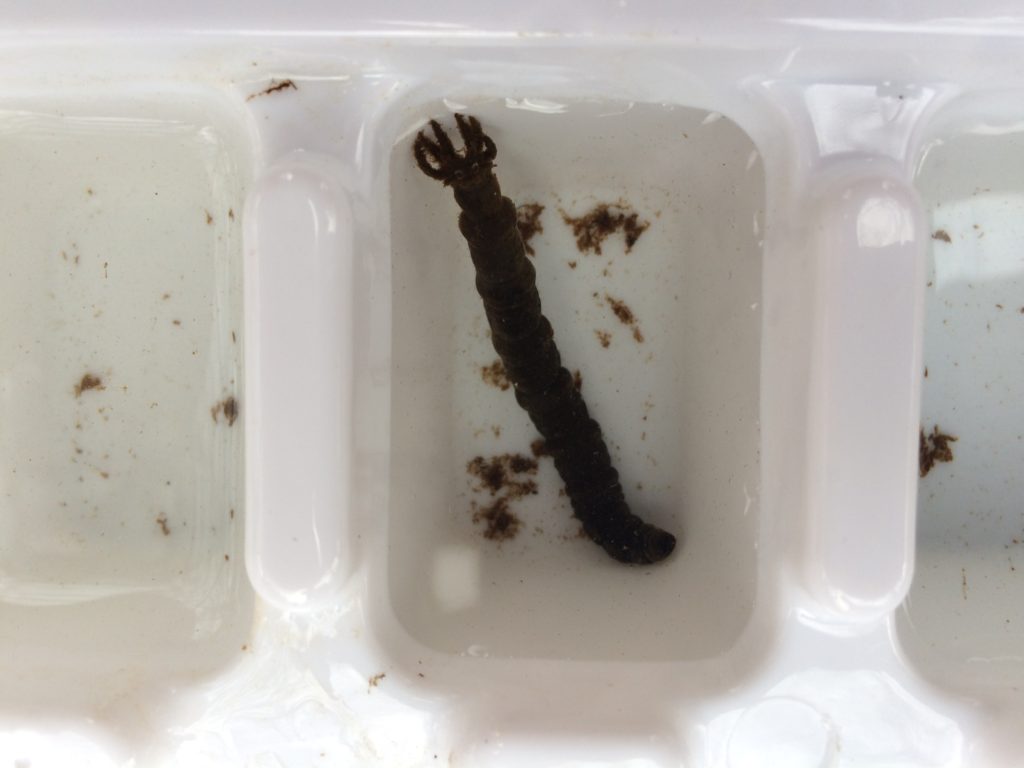 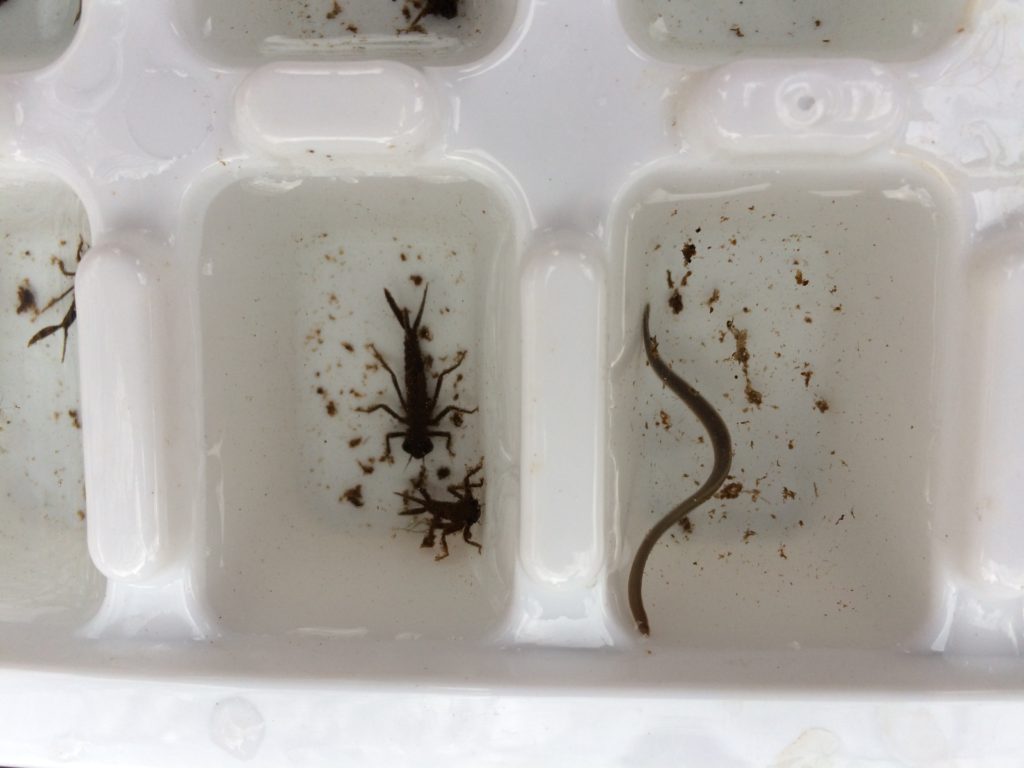 One of the volunteers, Karin, is certified in the Virginia Save our Streams monitoring protocol. She was the best at identifying the creatures. We were hoping to find at least 200 individual creatures, but unfortunately, we found only about 100. Perhaps this is because the water is so low. Karin will send the data in to a centralized group after doing a bunch of calculations. 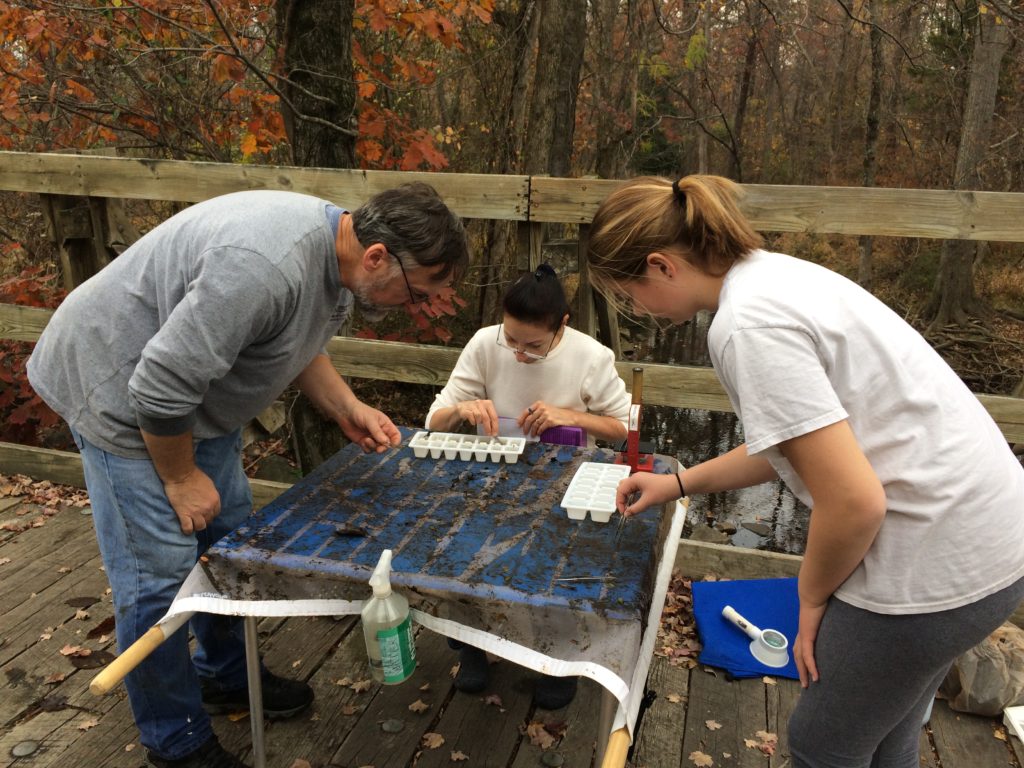 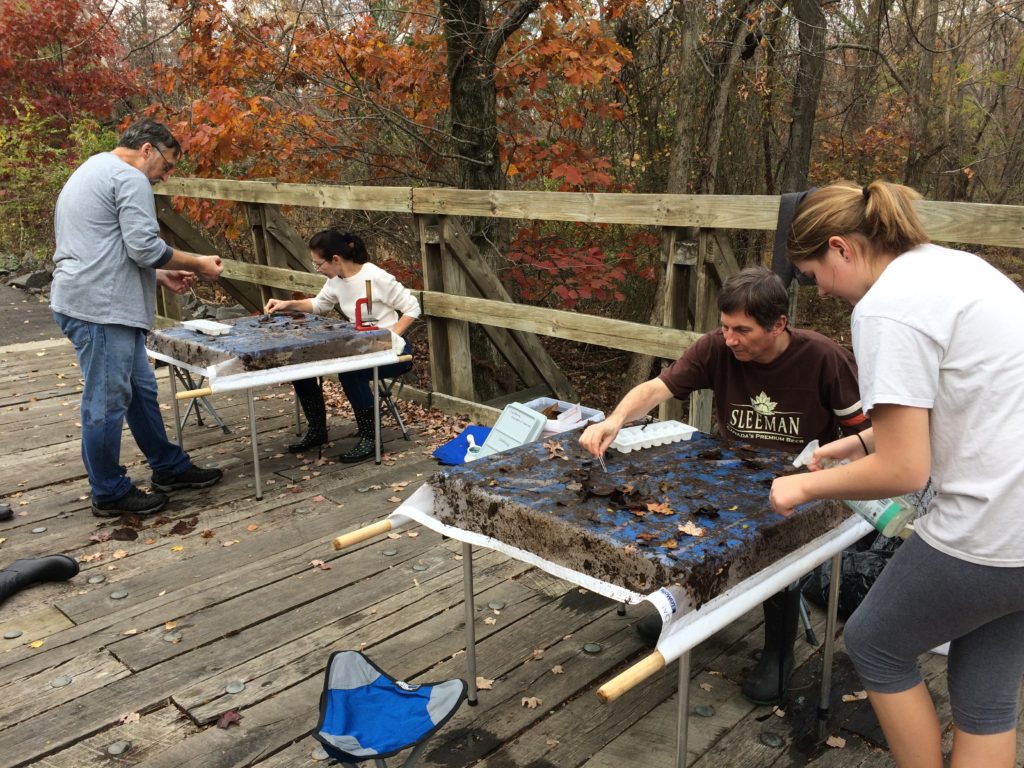 Nora and I really enjoyed learning about stream monitoring. When I worked at National Wildlife Federation, we talked about the importance of citizen science as a way of engaging with nature. It is eye-opening to see how all these critters are there in the water of our streams, and how counting them gives us a quantitative way to evaluate whether we are doing the right things for water quality in our county. The volunteers told us that there have been times when they came to count and there was an oily sheen on the water, which must have been shocking.

Thank you to Karin, John and Zenon for adjusting the time when you would do your monitoring to accommodate Nora’s hockey schedule and including us in this wonderful experience. We look forward to the next time in February!