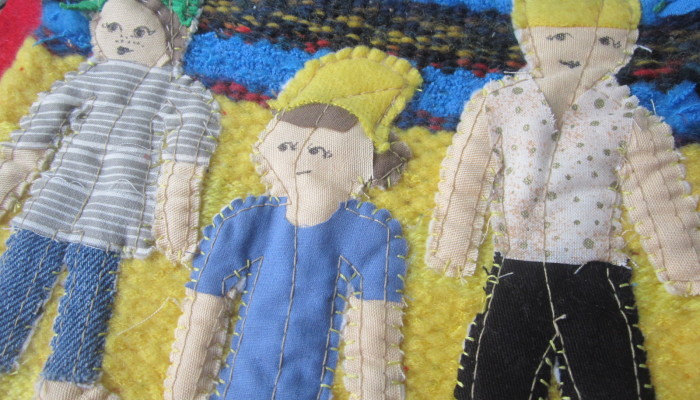 This year I have been working on my Weaving A Life Certification. My last project is called a “Golden Moments” shawl. It involves choosing 10 golden moments from your life, weaving each one into a block, then sewing them together using some creative means to make a shawl.

I have woven three of the 10 moments so far. As you can guess, most of the materials used are recycled – mostly from cutting up t-shirts or old bedding. There are also some yarn scraps.

The first one I wove shows my daughter, mom and me dancing to the song Walking On Sunshine, which was a performance we did at the Family Nature Summits in 2013. 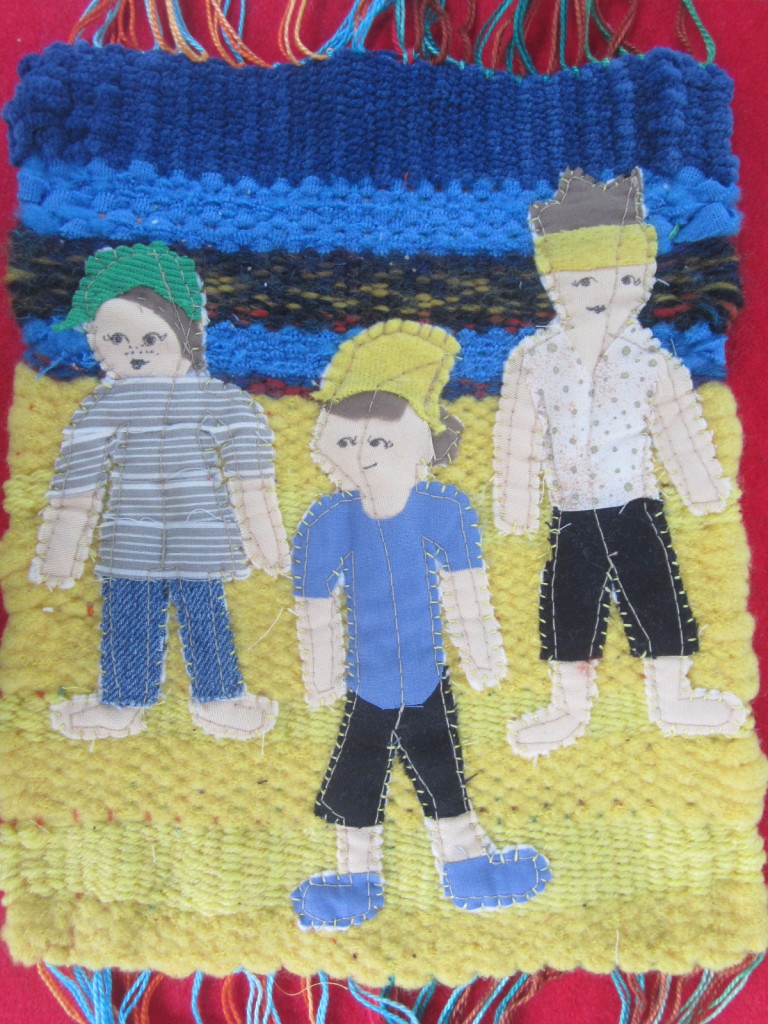 The second one I wove represents a Taiko drum and all that Taiko represents to me.

The third one, I just completed today. It shows a kayak. 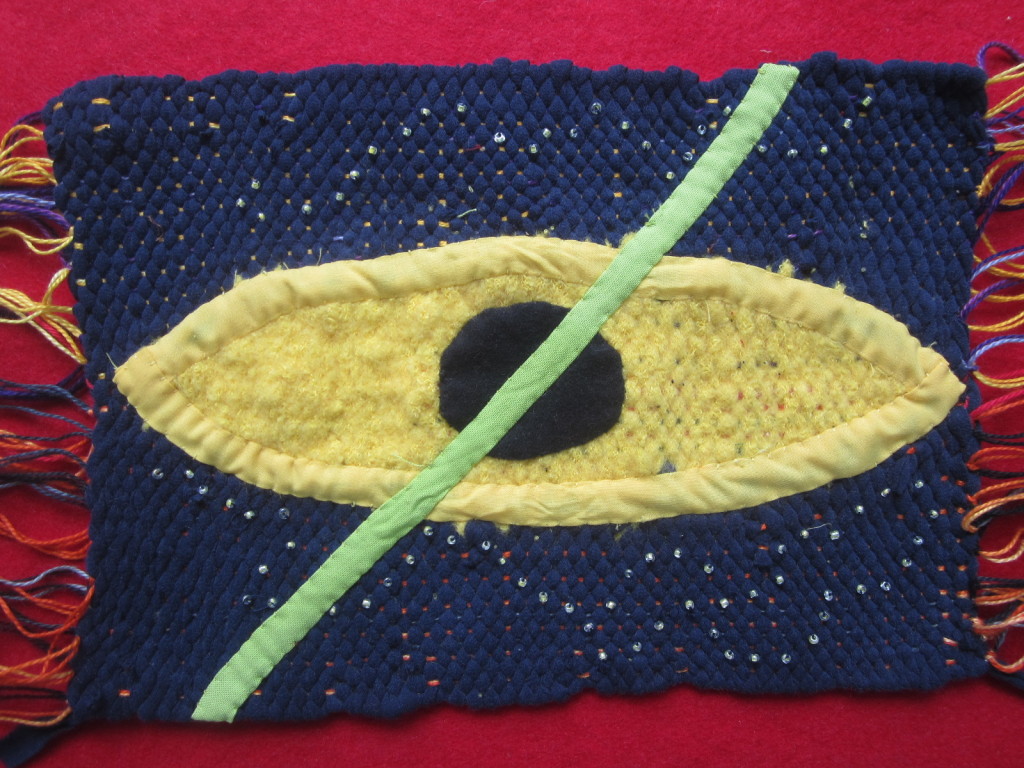 The water around the kayak is dark because this golden moment comes from when I attended Pearson College in British Columbia. I used to get up at 5am about once a week to go for a kayak before the sun rose. We would paddle out to a beach where we would eat our breakfast – usually date squares from the cafeteria, sometimes bread and chocolate.

The white beads in the water represent something magical about kayaking at night in the ocean. When you dip your paddle in the water, there are tiny phytoplankton and zoaplankton that glow as you move your paddle. This is an example of bioluminescence. You can see the beads better in this photo from the side:

While there are hundreds of potential golden moments from my time at Pearson College, I chose to represent the whole experience with this kayak weaving. There were so many components of my time there that were orchestrated by others – whether it was academics or performance or even the friendships we formed. But we chose to go kayaking before dawn because we could. It was not suggested by the faculty. It was our moment. For a moment we were not at the college. We were just being humans at the edge of the world, watching the sun rise.

The kayak is also an important symbol of my time at Pearson College because one time when we were out kayaking, we got into trouble with huge standing waves, and we were rescued by the Canadian and American Coast Guard. It would seem like we had been irresponsible to get ourselves in that situation, but actually we had carefully researched the weather and there was no forecast of this pattern. The truth is that when you are living fully, there is risk involved. We were literally living the saying, “A ship in the harbor is safe, but that is not what ships are built for.” Kurt Hahn, one of the founders of the United World College movement, talked about taking risks as an essential part of a full education and life.

So the kayak represents doing our own thing, taking risks, aiming to live the full experience. It also represents my gratitude for the generous opportunities I was given throughout my life.