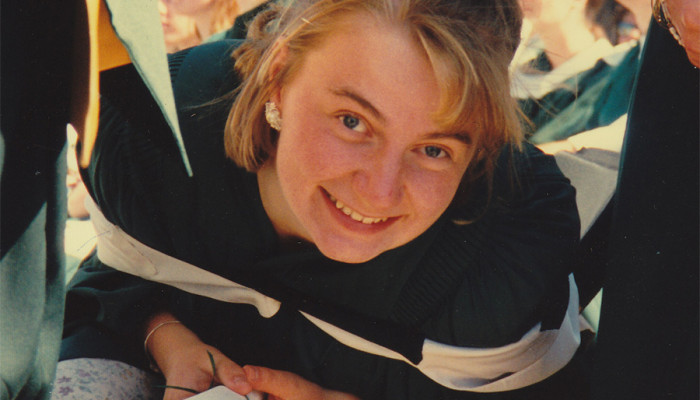 Saying goodbye to the wonderful camp counselors who inspired our kids this summer, it takes me back to my years in college. I remember being excited by the new classes and friends, but very nervous about money. I was lucky to have scholarships towards my tuition, but there were still a lot of costs because I did not live at home. So I came up with a few cost-saving ideas that worked great for me.

During my first visit to the college book store, the prices on the text books took my breath away. I studied a lot of political economy classes, which had a lot of reading. First I checked the local library, but those specialized text books were not in rotation. For an English major, you might be luckier to find the books at the library. So then I tried a new idea.

In each class, I found someone I knew or I introduced myself to someone who seemed nice. It worked best if they lived in a nearby apartment because their trust level would be higher. I asked if I could borrow their text books for one week. People were very open to this idea because most people are not focused on reading during the first week. Then I would complete all my reading for the entire semester in one week for all my classes. It was a very intense week. I took elaborate notes with many colors of highlighters, writing my personal observations in red pen etc. Then I handed back those text books to the kind fellow students at our next class.

This saved me thousands of dollars. It also gave me a great headstart on the semester. All my reading was done, so from week to week, I could get started on the papers or supplemental reading. It impacted the entire tempo of my year. Also, I was in a long-distance relationship with my now-husband. When I did all my reading up front, I had more flexibility to do less work on the rare weekends we were together. 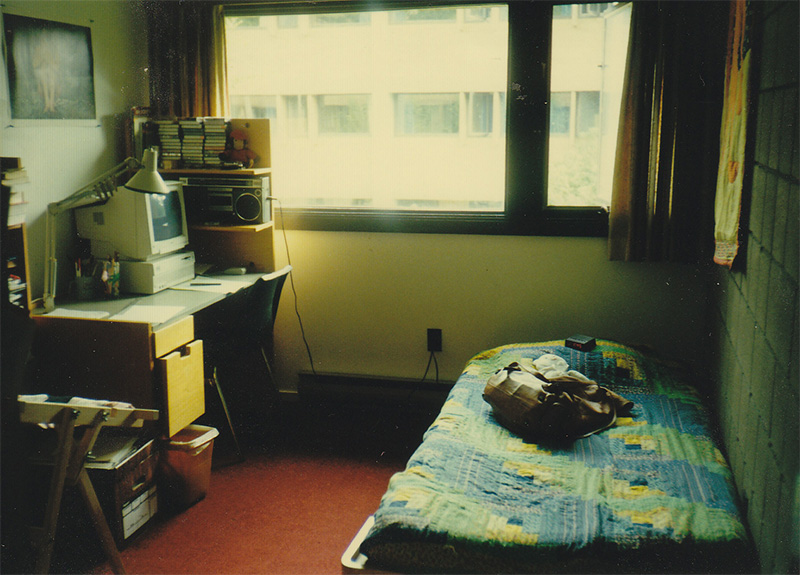 At my school, if you were a full-time student, you paid a set fee for tuition. You paid that fee whether you took five classes or six. I came into university with three class credits from Pearson College, so I only needed to make up two more classes and it would be equivalent to a whole year of tuition. My mom gave me this idea because she did it in her undergraduate studies. She wanted to graduate the same year as my dad, so she took extra classes. During my very first week of college, I went to my academic advisor about this option. He was concerned that I would not be able to handle the extra load, but I convinced him to let me try. So in my first and second year, I took one extra course, and in my last year I had a regular course load. It allowed me to do a four-year degree in three years, and save a whole year of tuition / life costs.

In high school, one of my classmates Kim was deaf, and I took notes for him so he could focus on what the teacher was saying. Back then, we didn’t have laptops, so I was given sheets of paper that had carbon embedded in them. I would take one copy and he would take the other. During my first week at college, I met a deaf student and I asked her if she had someone taking notes for her. She said she was making arrangements through the office that serviced students with disabilities. I went to that office to offer to take notes for her. The great news was that they said they were going to pay students $10 per class where you took notes! So I gave them my schedule and offered to take notes even in classes that I was not studying. I ended up taking notes in 2-3 classes per semester that was not even in my major, and I made hundreds of dollars this way.

I also got to meet some incredible cool people, including a guy named Charlie who had severe muscle issues so that he could not write or type with his hands. He was always keen to engage in debate during class though! He had been a “draft dodger” during the Vietnam War, coming to live in Canada when he was a young man.

Another job I had during college was working in the athletics center at the front desk. My job was to make sure people swiped their cards, answer general questions and wash towels. This was a great job because after I washed all the towels for the athletics center, I could often fit in a load of my own laundry! Another highlight was meeting the head janitor at the center named Carl. Carl was a farmer who supplemented his farm income by working at the university. He was very quiet, but we got to know each other. He gave me free maple syrup from his farm. I wrote an article about him in the school paper.

My third job was a bartender. My friend Janice was the lead bartender and she very kindly invited me to work with her. I was not much of a bartender in that I did not know how to mix any drinks. But the drink of choice was mostly beer, which I learned how to pour without getting too many bubbles in the glass.

I also shaved my head because it was a popular hair style with our clientele, which was mostly gay and lesbian folks. I saw a remarkable increase in my tips after my shaved head hairstyle. In Canada, we have a loonie coin for $1 and a twonie coin for $2. Most of my tips were in those amounts, so I would walk home with very heavy pockets after working at the bar.

My short hairstyle at Trent, 1993 (It’s a bit grown out in this photo)

My synchronized swimming coach was less thrilled because my lack of hair made it difficult to attach the sequined hair pieces that we wore during performances. We found the best way to attach it was with cooking gelatin slathered on to my scalp. The gelatin came off in a very hot shower. I probably saved some money on hair cuts! 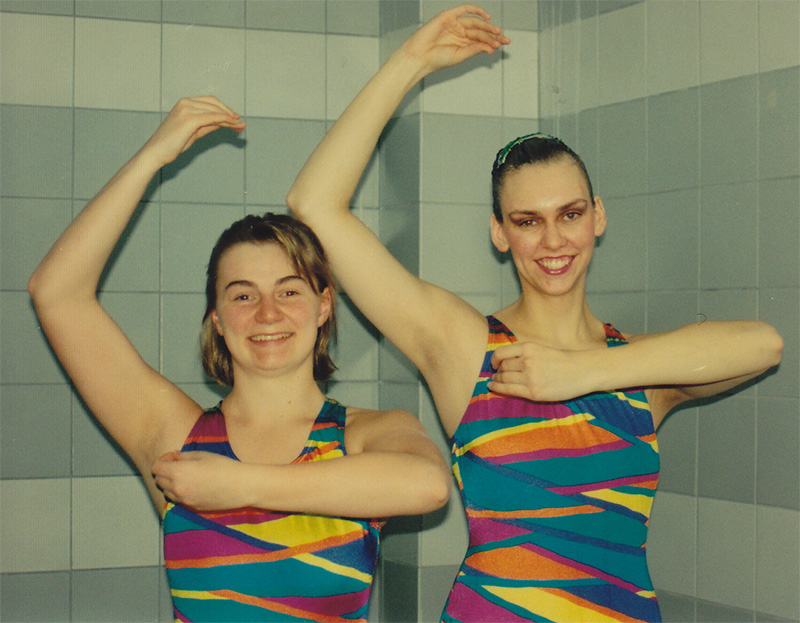 Synchronized Swimming Practice with my duet partner Jenn at Trent University, 1992 (My hair was long in this photo so it was before the new hairstyle)

The closest grocery store to my apartment was via bus. I would take my largest backpack and fill it up at the grocery store each weekend. I quickly learned that milk or other drinks made the backpack too heavy and took up too much space. So I stopped buying any kinds of drinks and only drank tap water. This saved money and packaging. I also ate mostly vegetarian options, which I taught myself how to cook using vegetarian cook books from the local library.

Of course the most important factor in my debt-free outcome was the scholarships, but these other efforts provided the income I needed for rent, groceries and travel. My parents helped a lot during my first year of school before I had figured out all these tricks. In the summer I lived at home and had jobs where I saved most of my income for the year.

When you are in university, there are so many options. You just don’t know where your life might lead. For me, it was a puzzle to find ways to live inexpensively and many of those skills carried on with me later in life. Re-using or not purchasing things in the first place are one of the key values of Trashmagination – so I could say I took a course in Trashmagination in college!