This week, Russell’s Cub Scout troop proved once again that you can do amazing things with a simple cardboard box. They had their annual “Cubanapolis” cardboard box races.

Earlier this month, each den painted one cardboard box as a car. Then the leaders, including Bob, put down painters tape in an oval shaped track. They marked out 8 “pit stop” squares. As each child would race, their pit stop crew (usually a parent) would wait in the square. Each racer put on a pair of safety goggles and a t-shirt over their clothes. Each racer completed three laps, stopping at the pit stop each time.

After all the children raced, then many parents raced too. 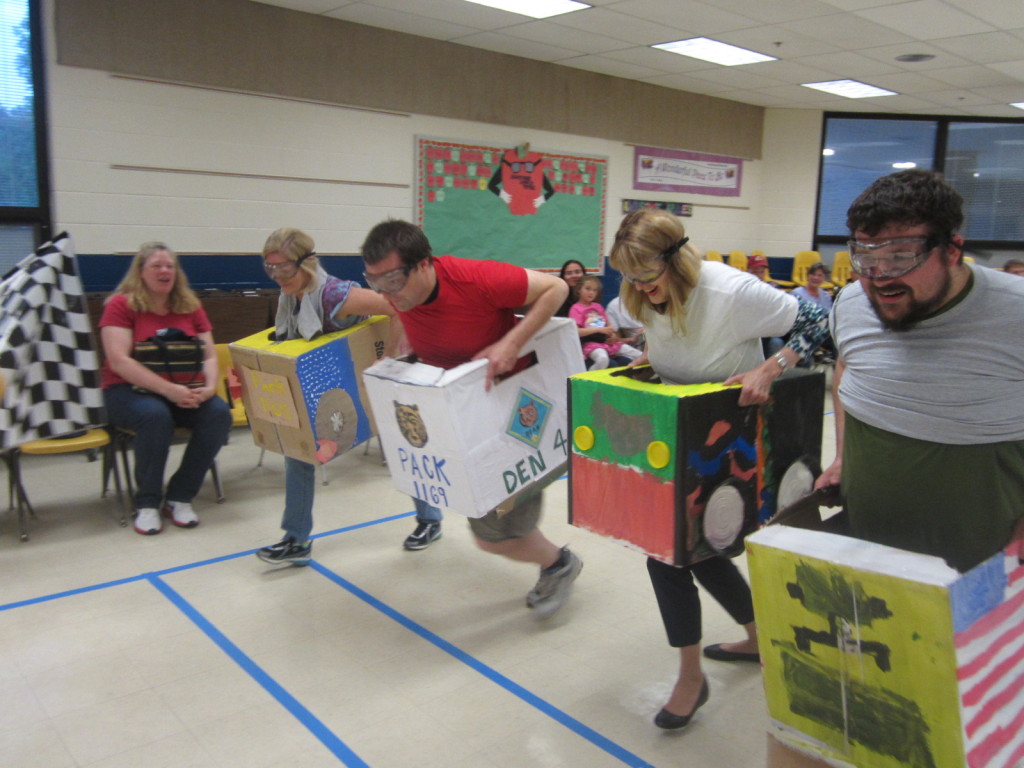 Parents race also at the Cubanapolis 2013

I loved the simplicity of this event and the expressions on the faces of all participants. Keeping things simple while producing very little trash – another great Trashmagination example. 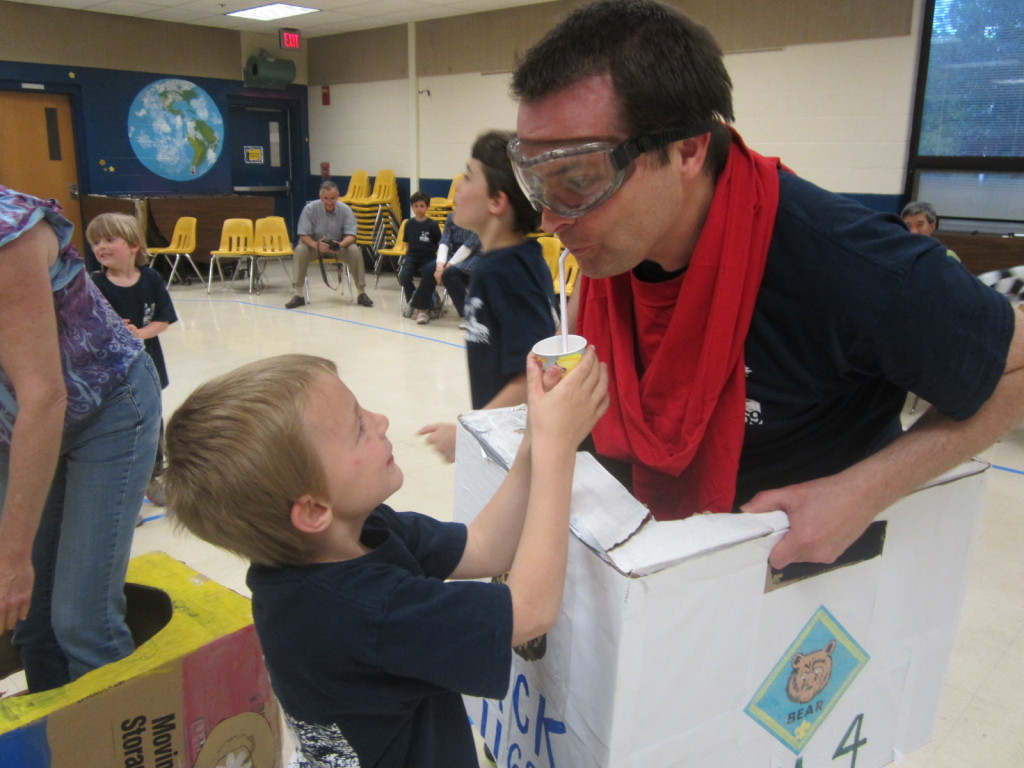