My son Russell & his best friend Keenan love to create comic characters with complex stories. This fall, they developed a group of characters called the Ball Creatures. For Christmas, Russell introduced me to two creatures in depth so I could sew them into Christmas gifts for Keenan.

What are Ball Creatures?

Russell says they are all little kids and they like to play with each other. They go on quests and adventures. Kapy and Bubba are both good guys. They have a base looks like a lot of bubbles. The biggest bubble in the middle has a whole city in it. At the very top of the bubbles, there is another big bubble with a castle in it. It has an entrance down to the city.

There are neutral Ball Creatures called Ball Villagers. They look like circles with square legs and arms.

Kapy was the first Ball Creature they designed. Russell says he has no soul and that’s why his eyes have no pupils. He’s always scared, even when he is not in the dark. That’s why there are lines on either side of his eyes – so he always looks surprised or scared. In the dark, he rolls up into a ball so he can roll around. That’s why his arms and legs are floppy to make it easy to roll up. He has a super power of telekinesis and that’s how he moves around. Without telekinesis, he would not be able to walk on his floppy legs. 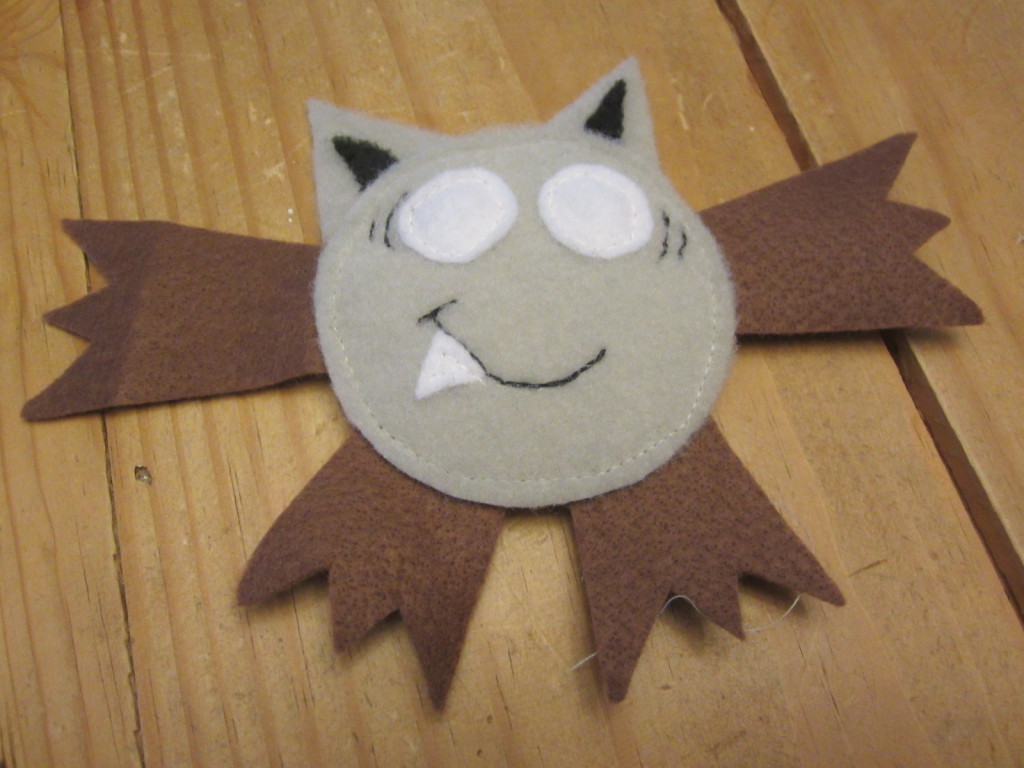 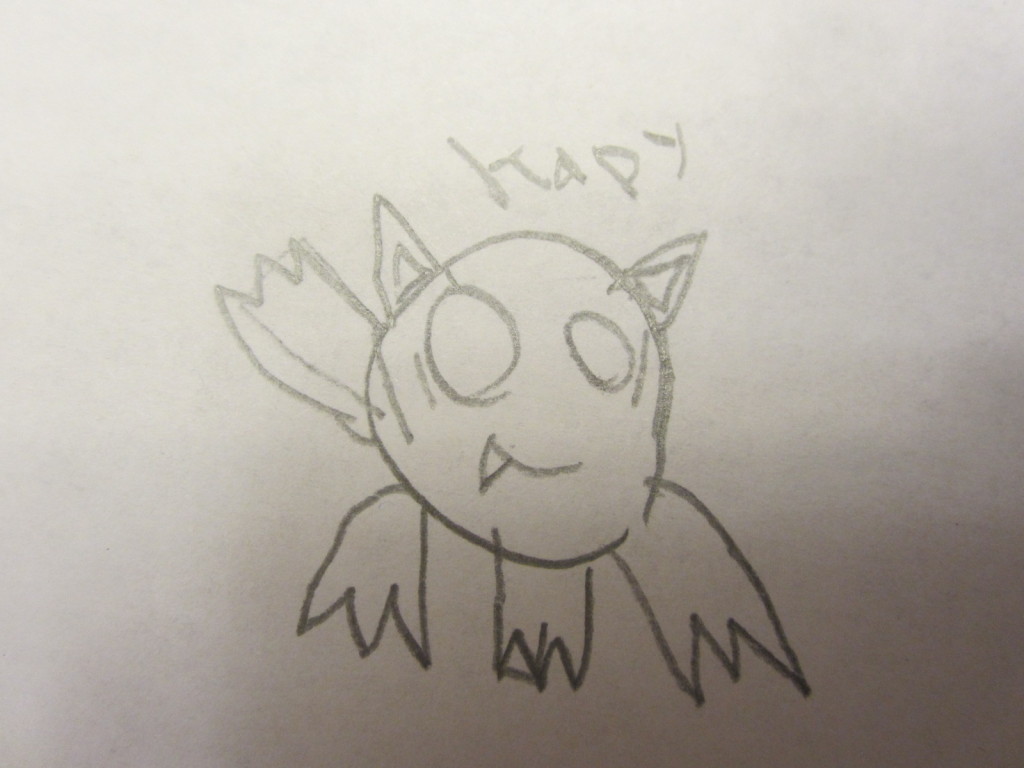 Bubba used to be a circle until he went into an aquarium made by the Ball Villagers. He saw a little fishy – the one inside of him. It inspired him to like water so he made himself an aquarium inside himself. He put the fishy inside him and the fishy has loved him ever since. The tube sticking out of his head is a hole to let out the bubbles that the fishy makes so the tank doesn’t get filled up with bubbles.

When Bubba is attacked, the fishy gets mad and comes out of the aquarium. He turns into a shark and bites the villains. Then he goes jumps back into the aquarium and turns back into a fishy. 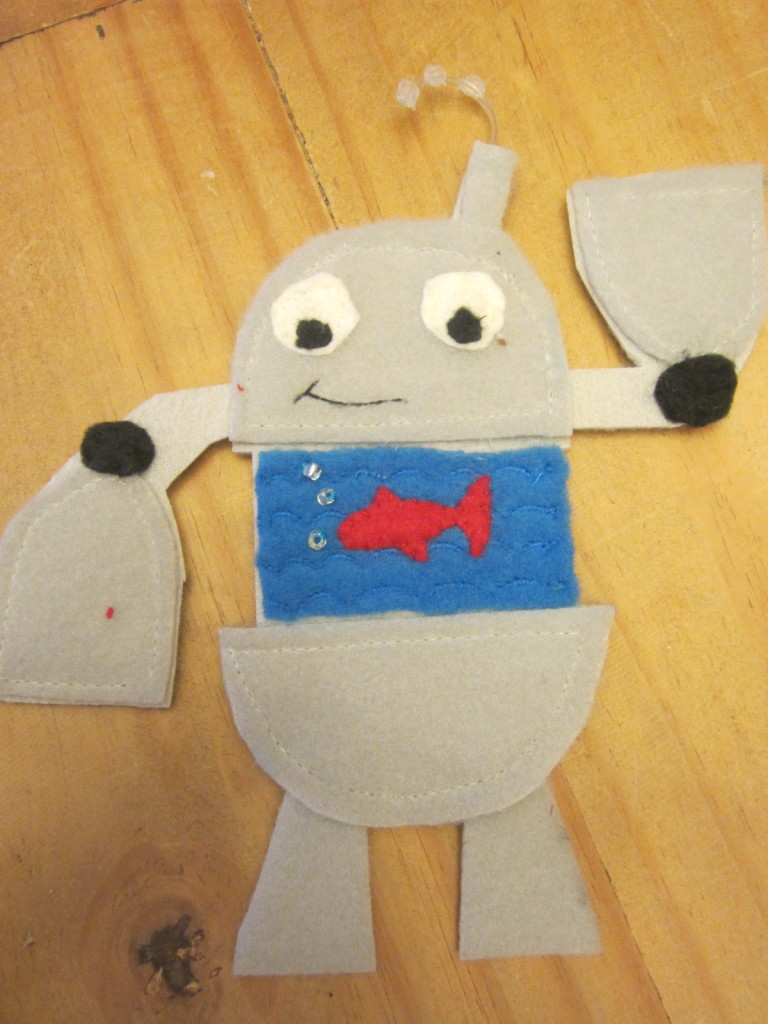 To make Bubba’s bubbles, I took a clear piece of plastic from a notebook coil, and sewed it to the fabric. Then I punched out plastic circles from a lid and glued them on. 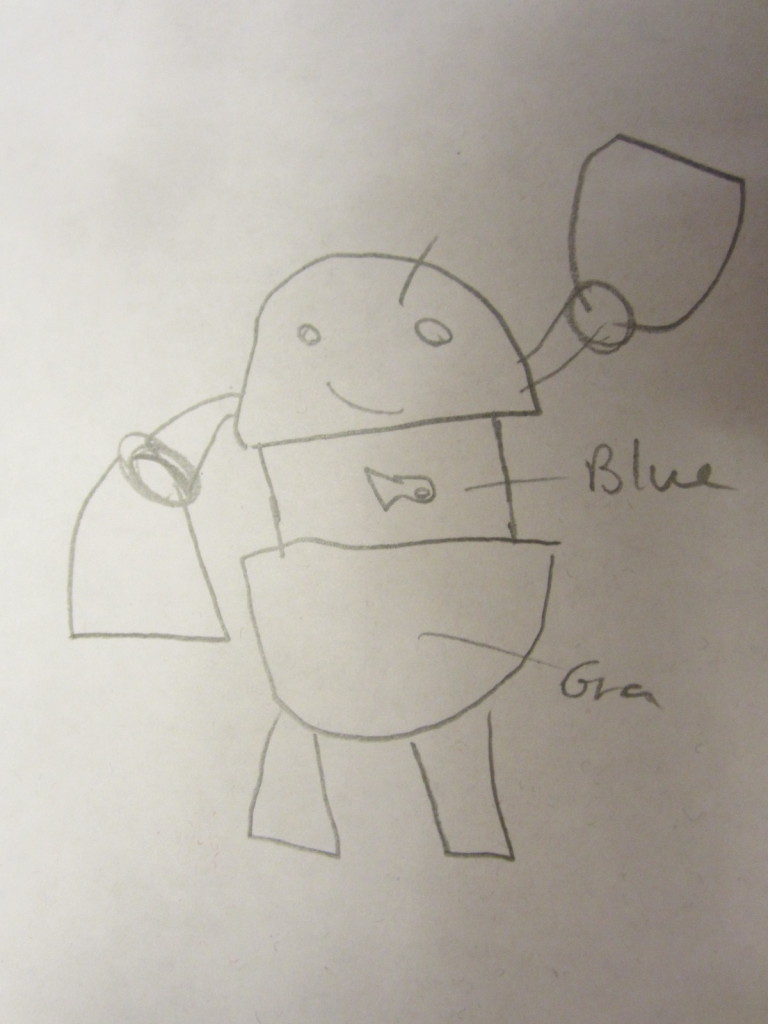 Bubba and Kapy are sewn from fabric in my stash – specifically the same gray fabric I used to make the TrashAnatomy Shark which is an Ecofi felt from recycled plastic bottles. I don’t have much left so I need to get more! It’s amazingly versatile because it has some heft and you don’t have to sew seams.

Maybe we’ll make more some day! It was fun collaborating with Russell.