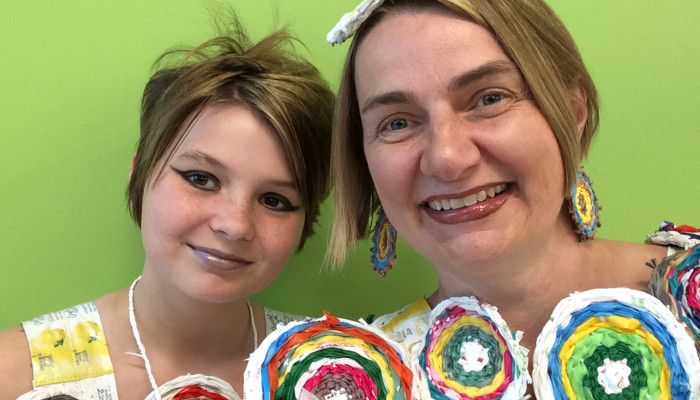 After four months weaving dresses from plastic bags, Nora and I had the excited experience of walking the runway at the Trashion Fashion show in DC! The event was at Brookland Middle School, a new school that will open in September 2015. There were lots of models – perhaps 50 from elementary and middle schools, along with dancers from a group called the Bomb Squad and a few other designers like Trashmagination who were not associated with DC Public Schools.

We started by getting our hair and make-up done by volunteers from the Dudley Beauty College. They did an amazing job considering they had only a few hours to style all those people. Check out Nora’s transformation! 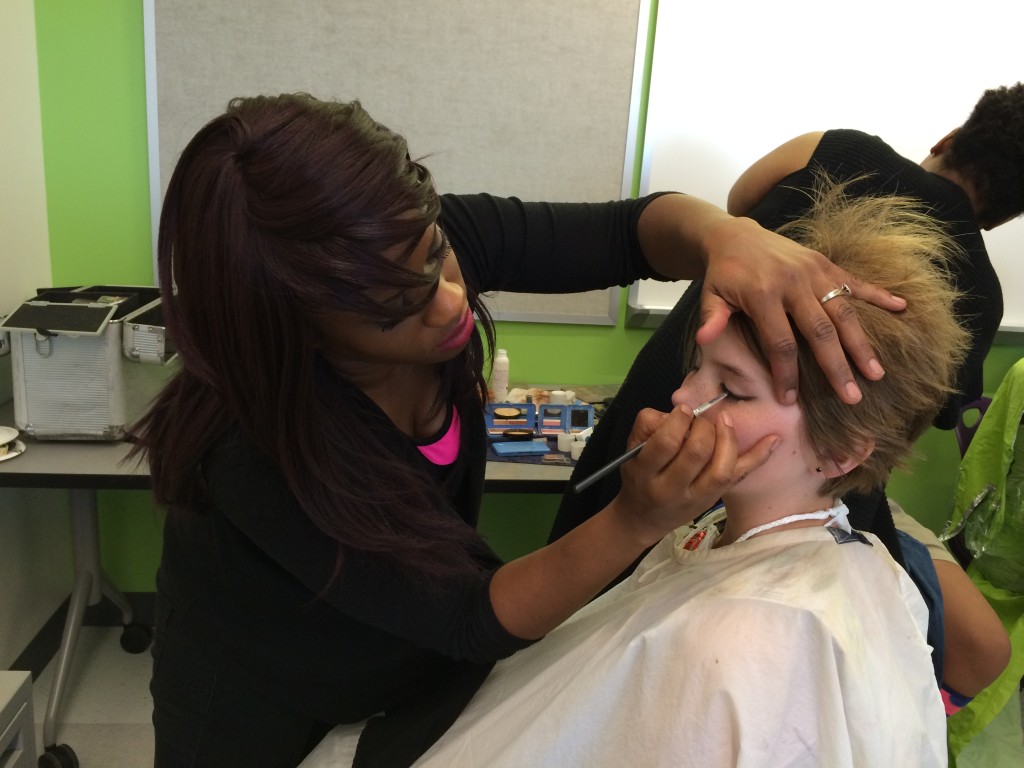 Many dancing groups and musicians from DC Public Schools provided entertainment before and after the models walked the runway. Just before the models started their part, Nora and I played a short trash can drumming song. We did alright considering we both had just recovered from the flu, and had almost no practice time for five days before the show! 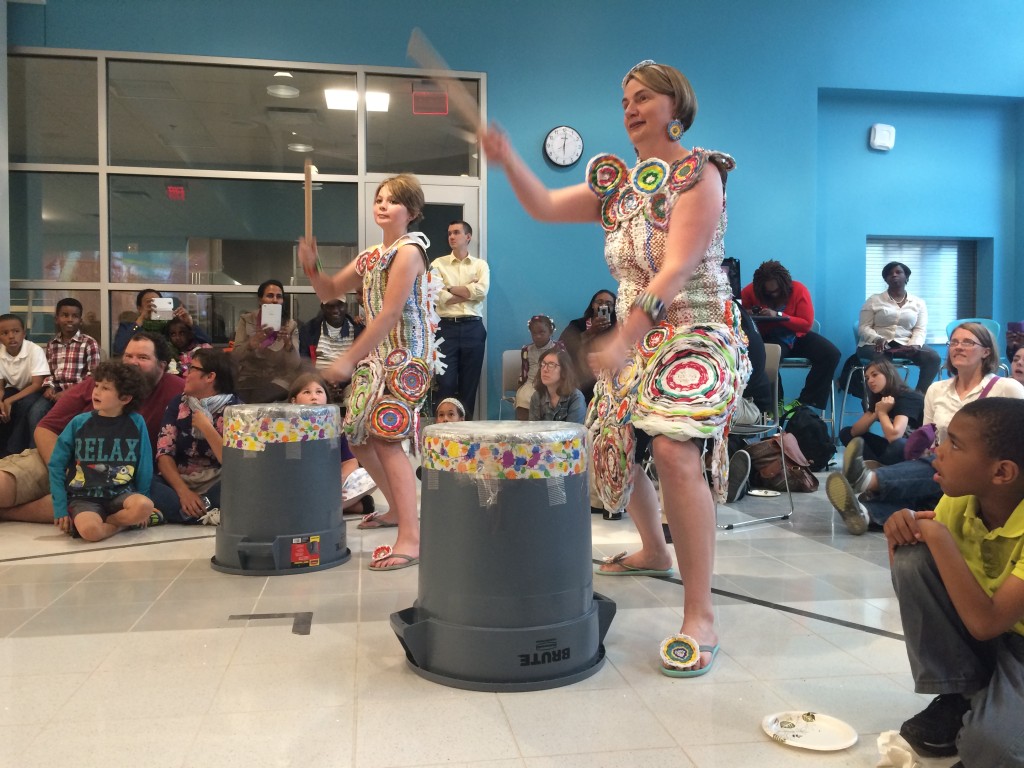 Drumming at the Trashion Fashion show

The event had such a huge audience – I think there were many more people than expected. So it was a bit hectic finding our way along the runway. Here was Nora’s first turn on the runway, and then both of us during the “finale” when we walked around again. 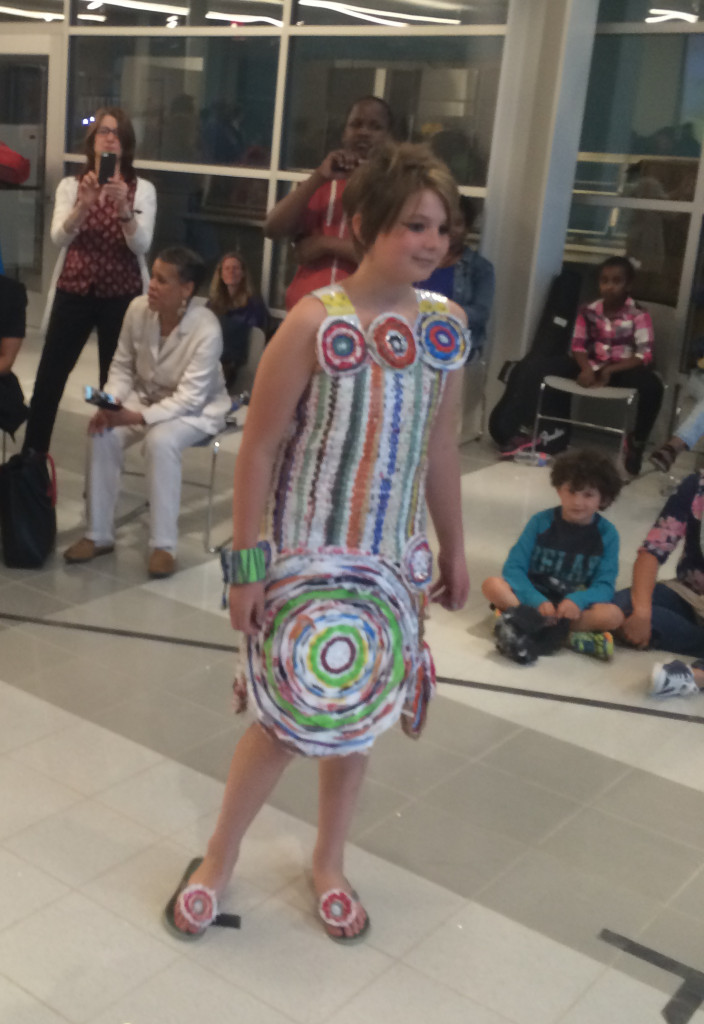 Nora on the runway at Trashion Fashion DC 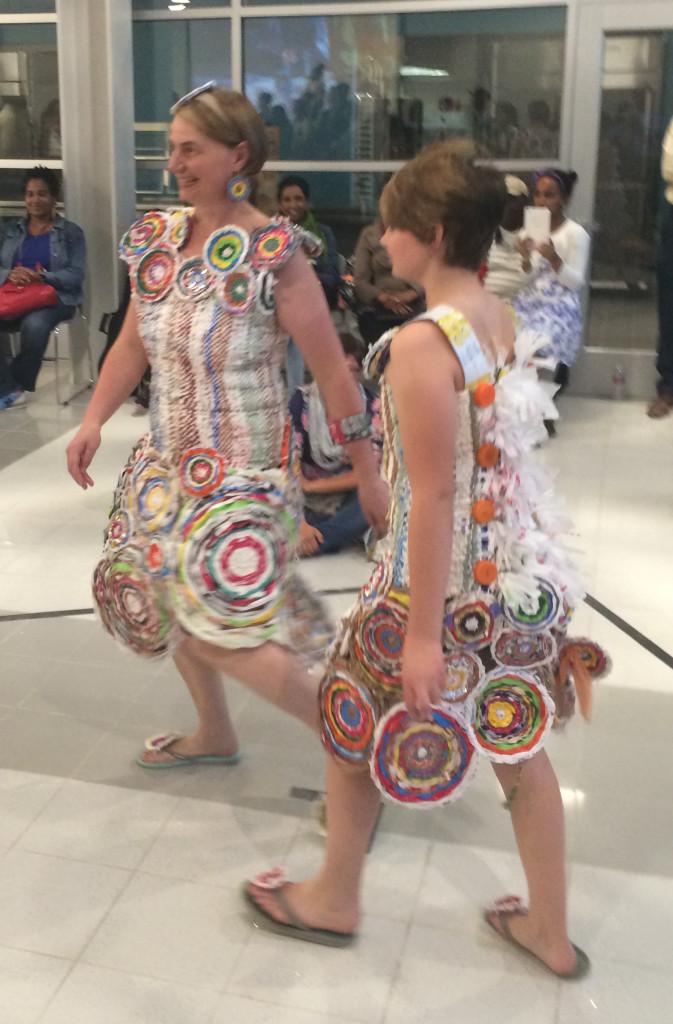 Carla & Nora on the runway at Trashion Fashion DC

We saw many people taking photos so hopefully there might be more photos soon! But you can see we had a great time and appreciated the incentive to create these unusual art pieces / dresses. 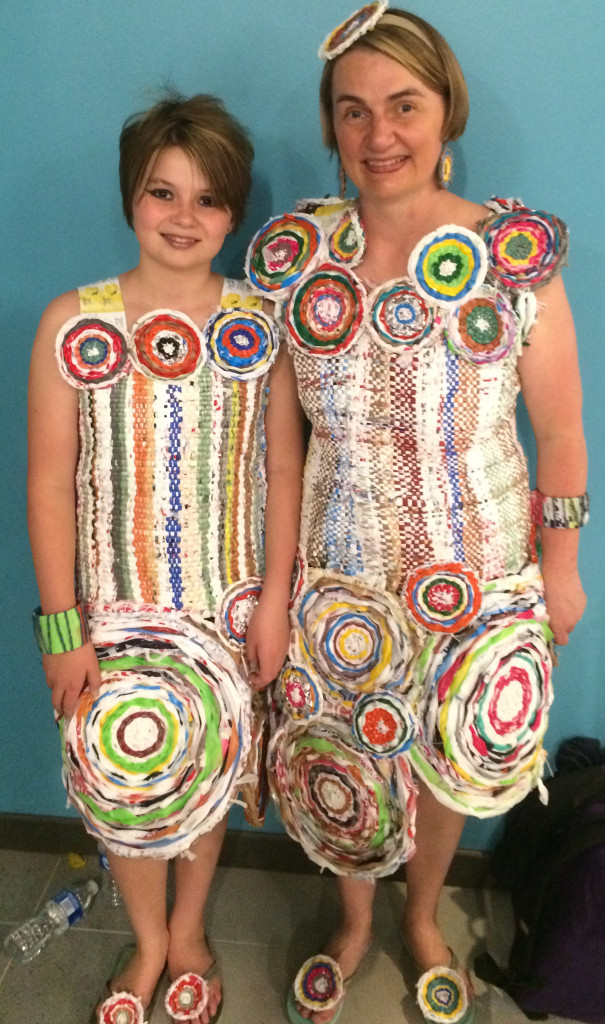