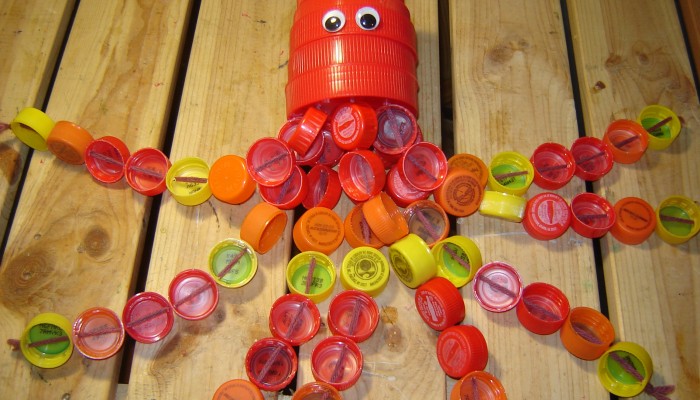 My nephew Owen loves everything related to the ocean. A few years ago for his birthday, I wanted to make him a present that was interactive so I designed an octopus from plastic caps. I drilled the caps, strung all the caps together, took photos, and then took it apart and made a kit for him. That way he could make the octopus himself and take more interest in its construction.

To hold the kit, I cleaned a plastic spinach container, and made this cute label: 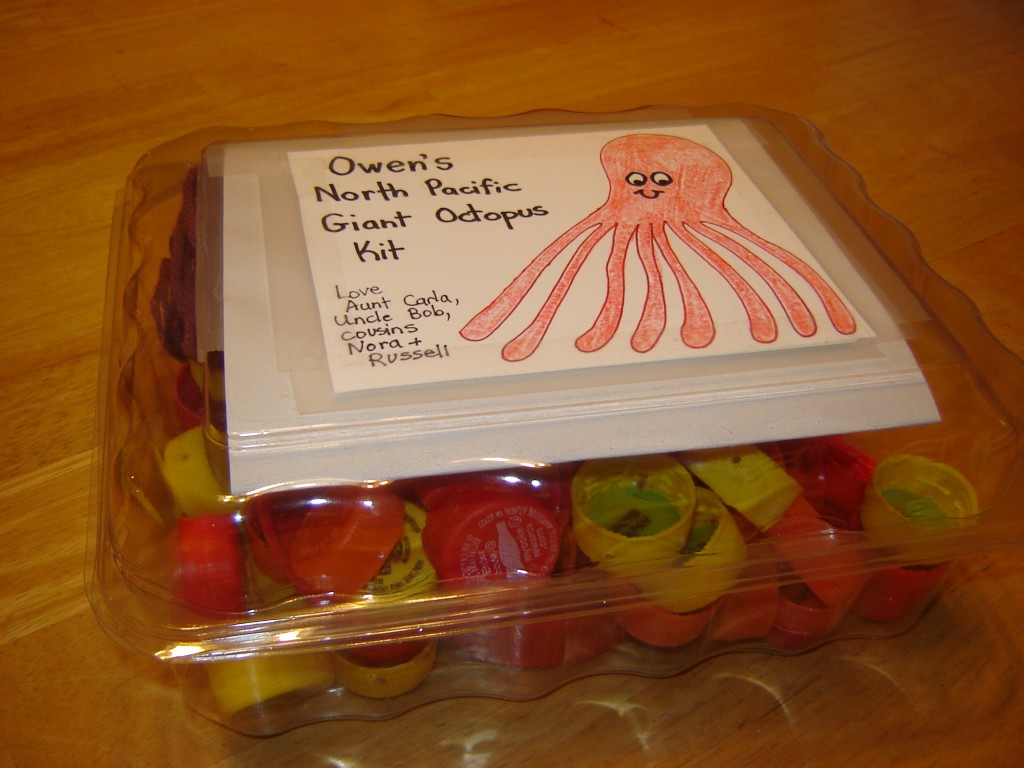 How did he put the octopus together?

The main body was from peanut butter jar lids, and the tentacles were a mixture of soda caps in red, orange and yellow. I supplied yarn cut to the right length for each tentacle. I also provided a large plastic darning needle. The tip of the needle was not too sharp and made it easy for him to string on caps. Once the caps were strung on the yarn, h would pull the yarn through holes in the bottom of the body cap, and tie a knot. 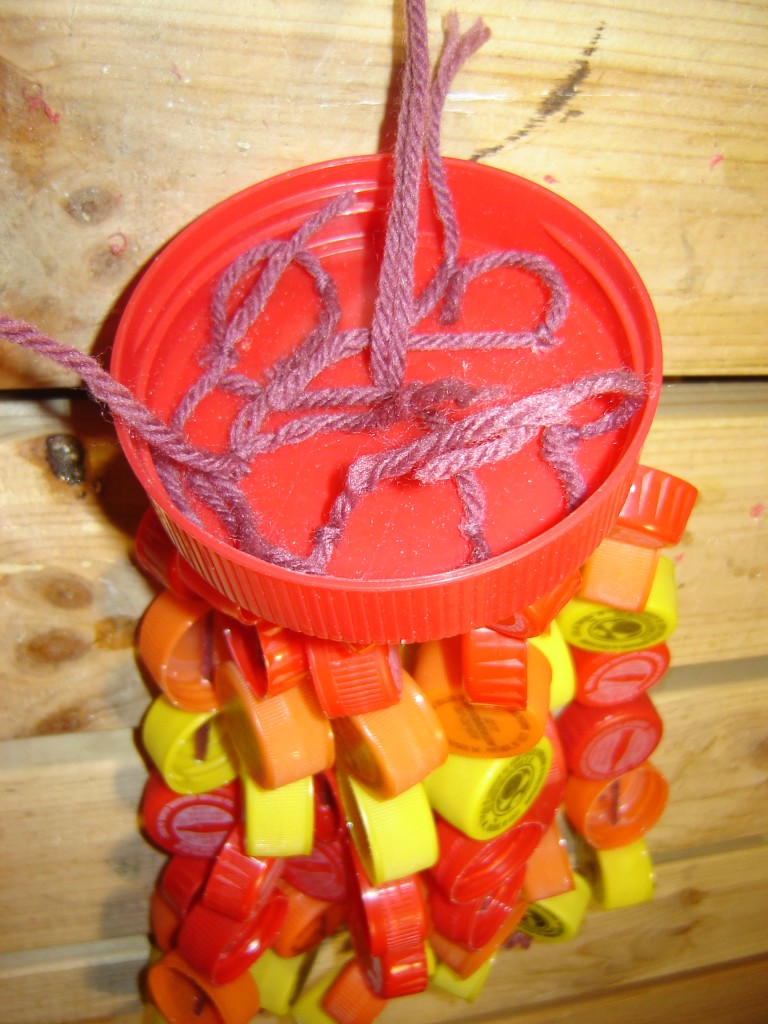 This shows the bottom cap of the octopus body, and how he would tie on the tentacles

I also provided instructions – How to Make Your North Pacific Giant Octopus from Plastic Caps. Little did I know – he was actually obsessed with giant squids at the time!