I have made vests and bags from juice pouches. Juice pouches are easy-to-use in a regular sewing machine.

Stephanie with the juice pouch bag that I made her 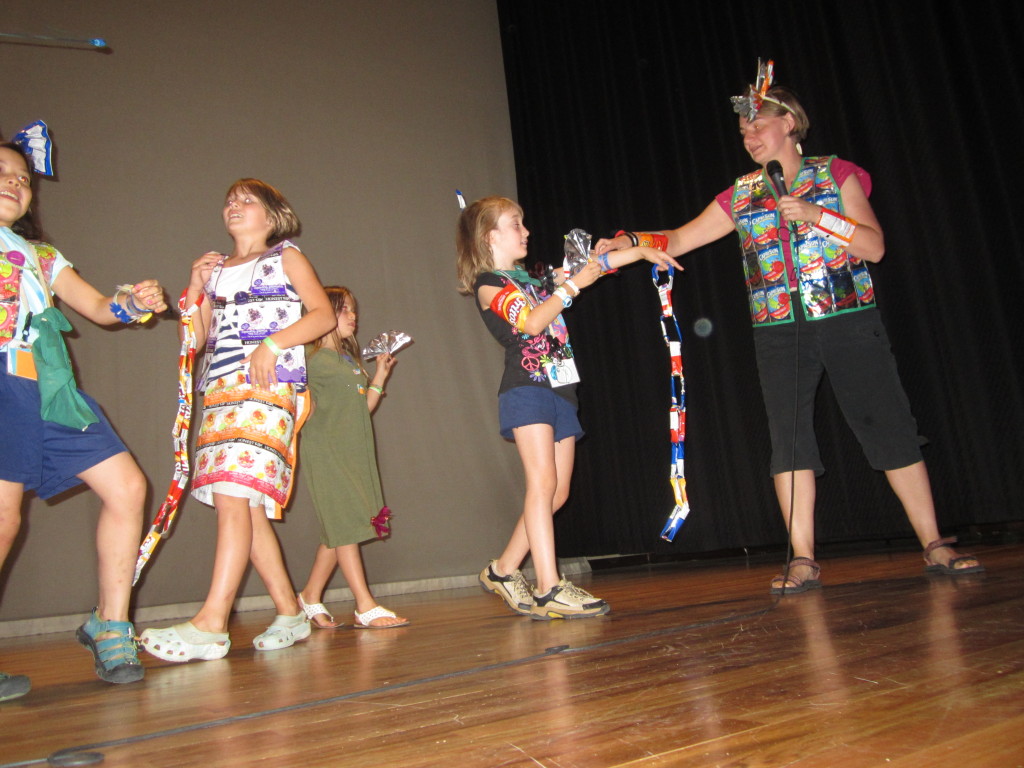 A year ago, while talking with my friends Rachel and Em, we were discussing things I wanted to make with juice pouches, and I mentioned that I would love to make hats. I asked, “What do you think would be the coolest hat?” and one of them suggested a fedora. Of course!

I researched how to make a fedora. I downloaded patterns and was tempted to buy books about making hats. But I thought, “I’m going to try on my own first, and see if I need a pattern.” Juice pouches or similar packaging might not behave the same way as the materials used in patterns, so I would likely have to play around anyhow.

I started by sewing together the tubes into a rectangle, five tubes wide for a total of 10 tubes. I cut the rectangle into an egg shape, although you can see in my final product that it became more of an oval.

Lemonade fedora from above

Next I sewed a rectangle of tubes three tubes wide and six tubes long. It was two tubes wide at first, but then I realized my head was too big and added another row. I tried sewing that band on the oval with my machine, but it was too slippery and pins kept poking my fingers. So instead, I basted the band on to the oval by hand, and then ran it through my sewing machine.

Then I sewed a bunch of tubes together into two wide rectangles, large enough to be each half of the brim. I laid the hat on the shapes to get the right curve. I took a Sharpie marker and traced the hat. I cut out the curves, then basted the curves on to the hat. I used the machine to sew over the basting and to sew the two halves of the brim together in front and back.

I kept snipping with my scissors along the brim, to shape it nicely. I rolled up the brim in the back, to get the fedora look, and secured it with yellow buttons. If I didn’t put the buttons, the stitches could easily pull through the material because the thread is kind of sharp when you pull it tight in a tiny stitch.

The part that sat on my head had a few pointy bits, so I decided to hand-sew a thin strip of very soft yellow fabric over the edge. That was the most tedious part but it made it very comfortable. I used the same fabric along the front brim because it looked unfinished.

I would like to experiment with the design, changing the shape and size. Nora wants a purple one. It will likely be less work with juice pouches because they are larger than the powder packages. 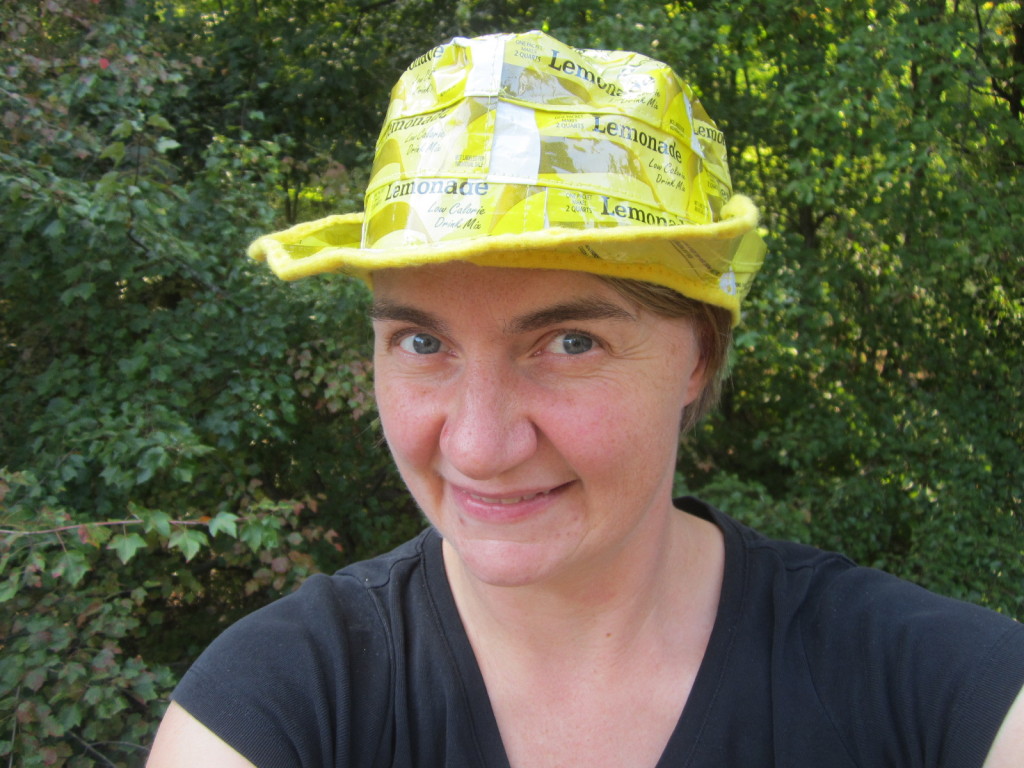 Fedora made from lemonade powder packages 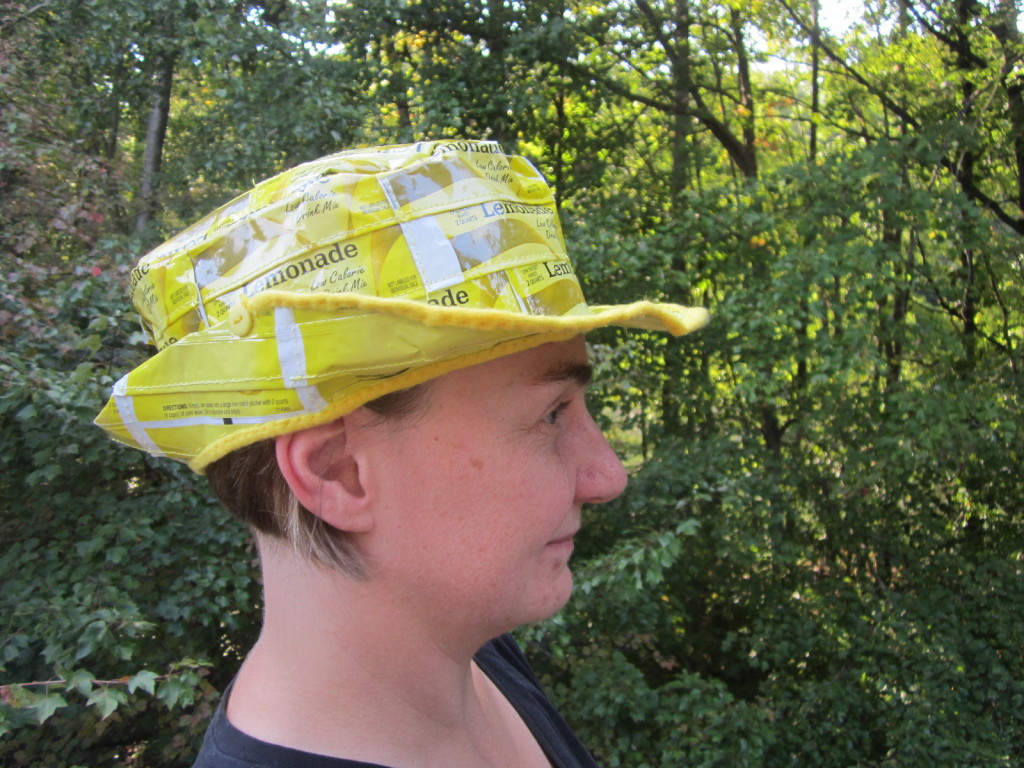 Side view of the lemonade fedora