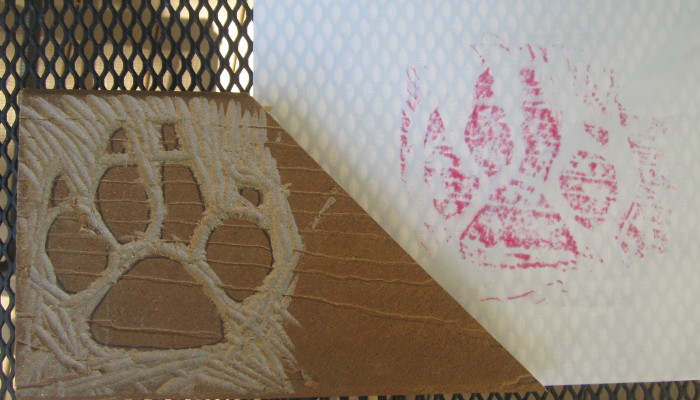 This year, one of my big projects at work is to help pull together the Hike & Seek events in September-November. I’m really enjoying working on this project! It takes place in 11 cities in the United States. My role is project manager. I help each team get things done early and well.

I’m working with my colleague Dani Tinker to design the activities for the Stop & Study Stations, and it’s so much fun! As you know, I have designed, tested and photographed hundreds of activities to get families outside for National Wildlife Federation, all featured at our Family Fun website. As much as possible, I try to incorporate Trashmagination thinking into my activity design.

Today I was testing an idea, which was that at our Mammal Stop & Study Station, we could have the kids walk around a trail learning about various mammals. At each stop, they can make a rubbing of that animal’s track. By the end, they will have their own mini-animal-track field guide.

A few years ago, our family was at Corn Maze in the Plains. They had stations scattered throughout the maze where you could put down a piece of paper and rub a crayon over a carving. Slowly, the whole map would come together like a puzzle. It was the best corn maze we ever did (also because they promote heirloom seeds and let you slingshot pumpkins). That’s where I got the idea for this. 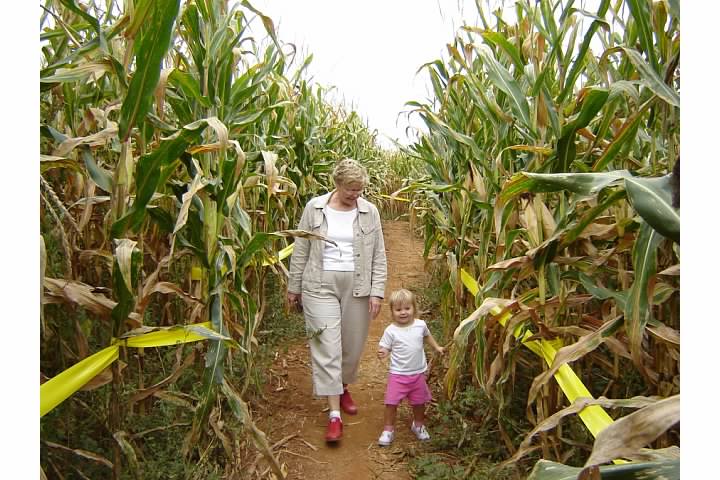 Nora and her grandmother Marilyn at the Corn Maze at the Plains – October 2005 – check out how small Nora is!

I also remembered a project from high school where we carved an image into linoleum, put on a layer of ink, and then took prints from the carving. That was a lot of fun. You had to remember to carve the image “in the negative” to get the effect you wanted.

So I went to a craft store and got a wood carving set for $10. We had some scraps of plastic wood left from when Bob and I replaced our deck last year. I thought the plastic wood would be easier to carve than regular wood because it does not really have a grain. 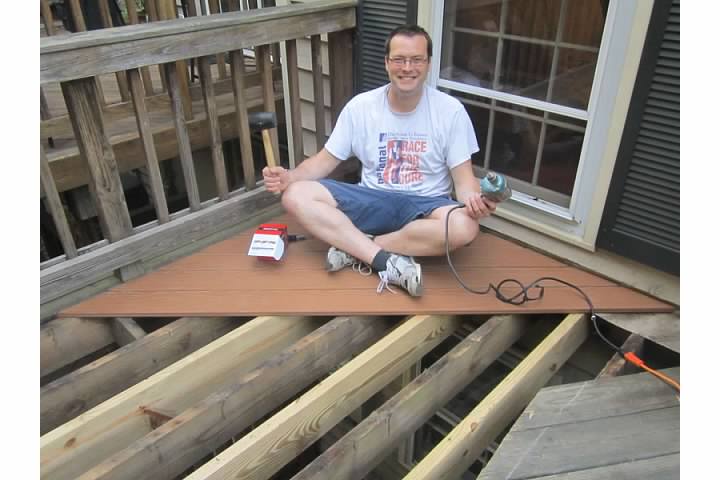 I carved this in about 30 minutes. After 15 minutes, I had a blister on my palm and realized I needed to wear a glove and shove some padding inside the glove at that pressure point. But I’m SUPER thrilled by the result.

So we have 11 cities, and I want to do four tracks each. Maybe I can avoid carving 44 of these things by shipping the collection from city to city. I can make at least three sets though, because some weekends we have two Hike & Seek events happening at one time.