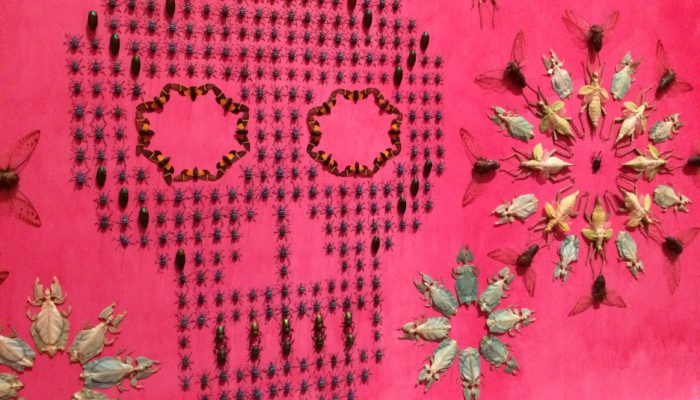 What Insects Teach About Creative Reuse

Insects are pros at creative reuse. They decompose materials and bring nutrients back to the earth. For example:

In the Midnight Garden by Jennifer Angus was an installation at the Renwick Gallery in Washginton DC. I viewed it in December 2015. Jennifer gets her insects from indigenous people mostly in Peru, Malaysia and Indonesia. She only works with commonly-found species.

Artists Who Partner with Insects

Stephen Kutcher paints the feet of insects and releases them to scamper across the canvas to make art.

Agenetha Dyck places objects such as porcelain figurines or sports equipment in hives where the bees sculpt around them.

Johanna Griffith is a printmaker who made paper that included part of a wasp nest. Listen to the podcast episode to hear about the fun connection between Johanna and me!

Mark Oliver made a series of insects called “Litter Bugs” from a wide assortment of materials such as book covers and broken glasses.

Alan Williams makes many creatures from metal – not many insects but here is a stag beetle.