In October 2012, I visited a school in New York that had a green roof. It inspired me to make a green roof costume for Halloween that year. My costume has been sitting in storage for almost three years, and I realized it would be better if I donated it to people who made green roofs. Then they could wear it at events to promote the awesomeness of what they do.

This spring I met people from an organization named Up Top Acres who are building green roofs in the Washington DC area. I asked if they would use my costume and they said yes, so I donated it to them. Before I gave it away, I took some photos of its cool features 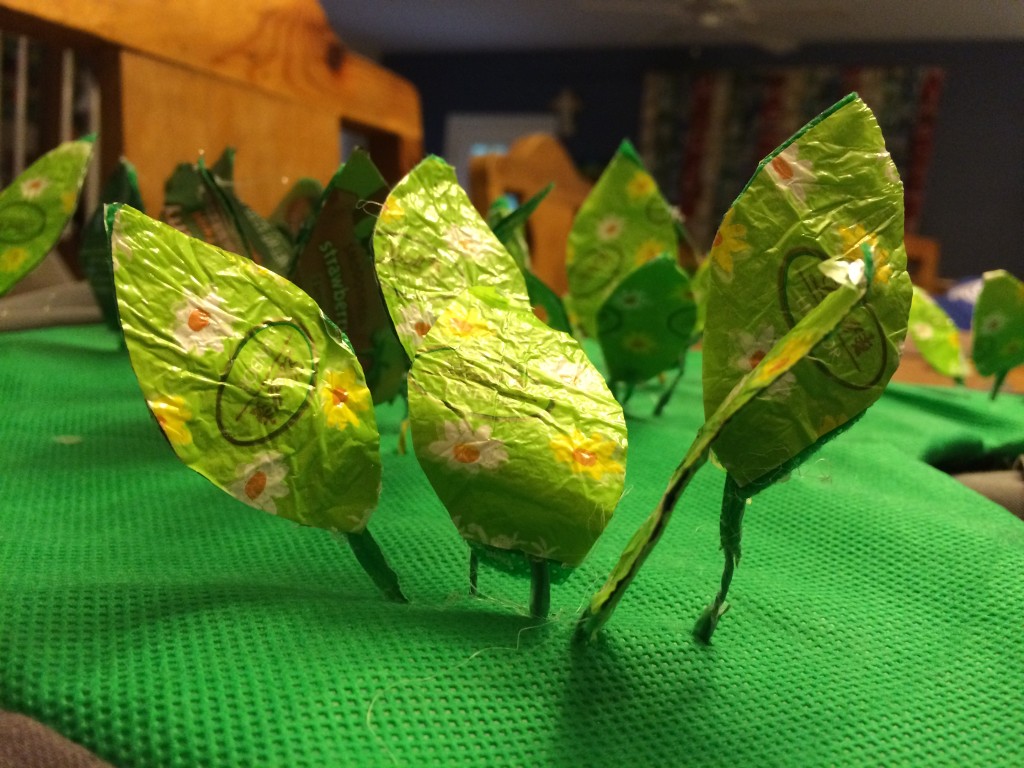 Leafy plants made from Lindt chocolate wrappers and twist ties 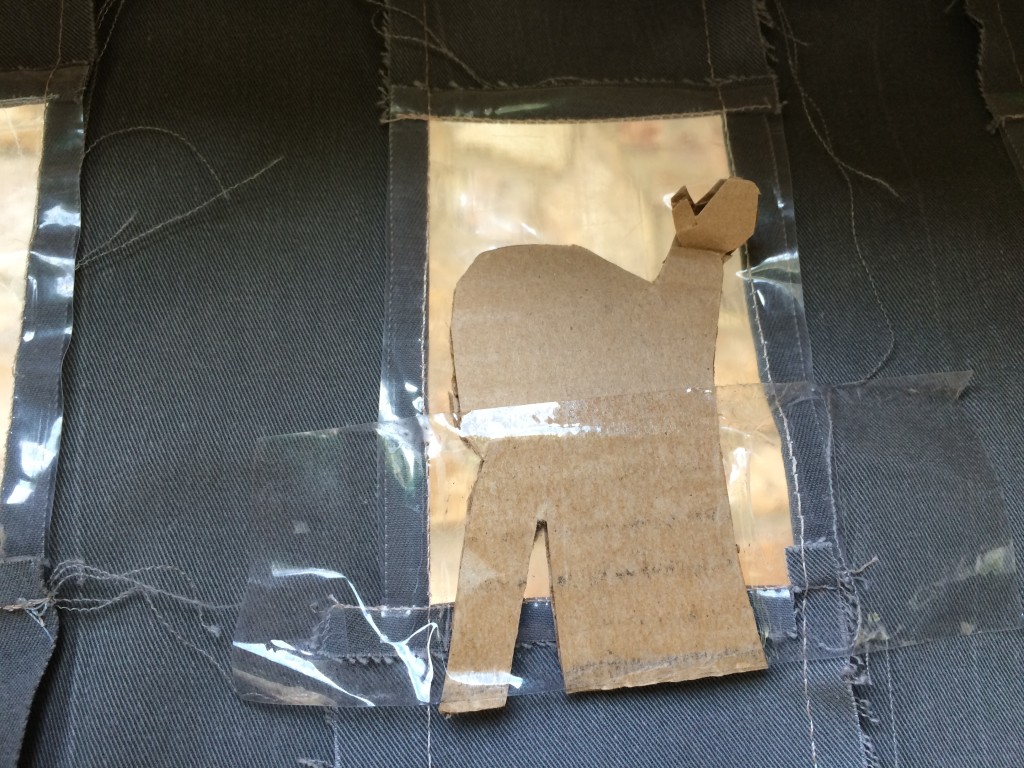 A student waving from inside the building – cardboard cut-out 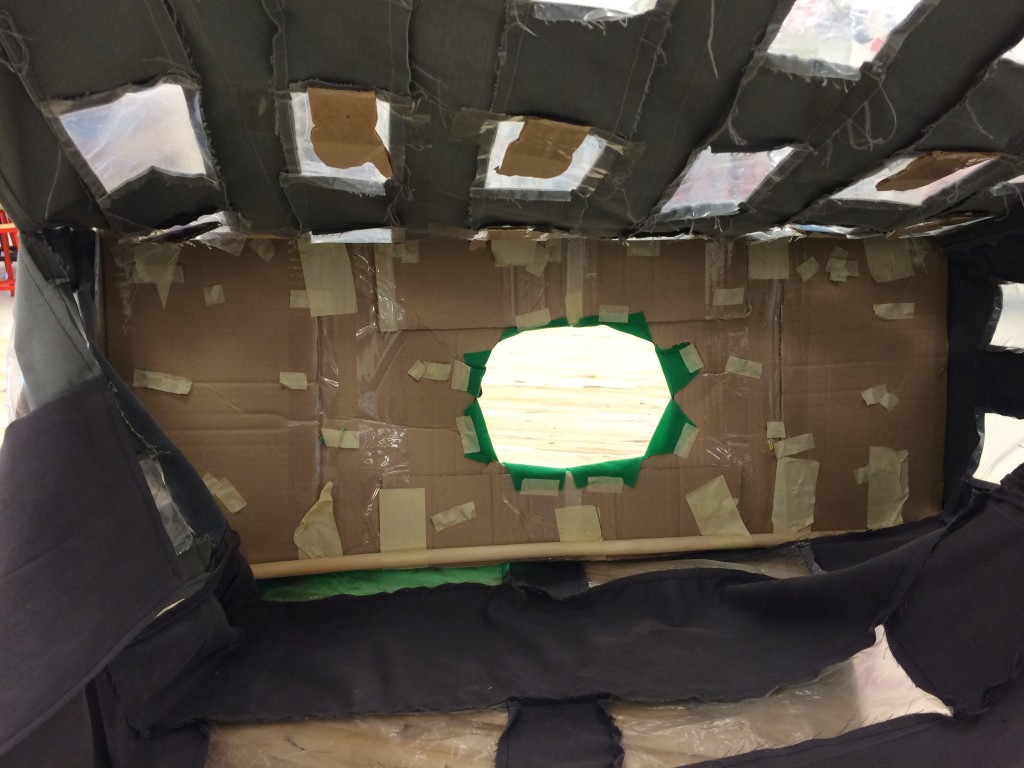 Inside the Green Roof costume looking up 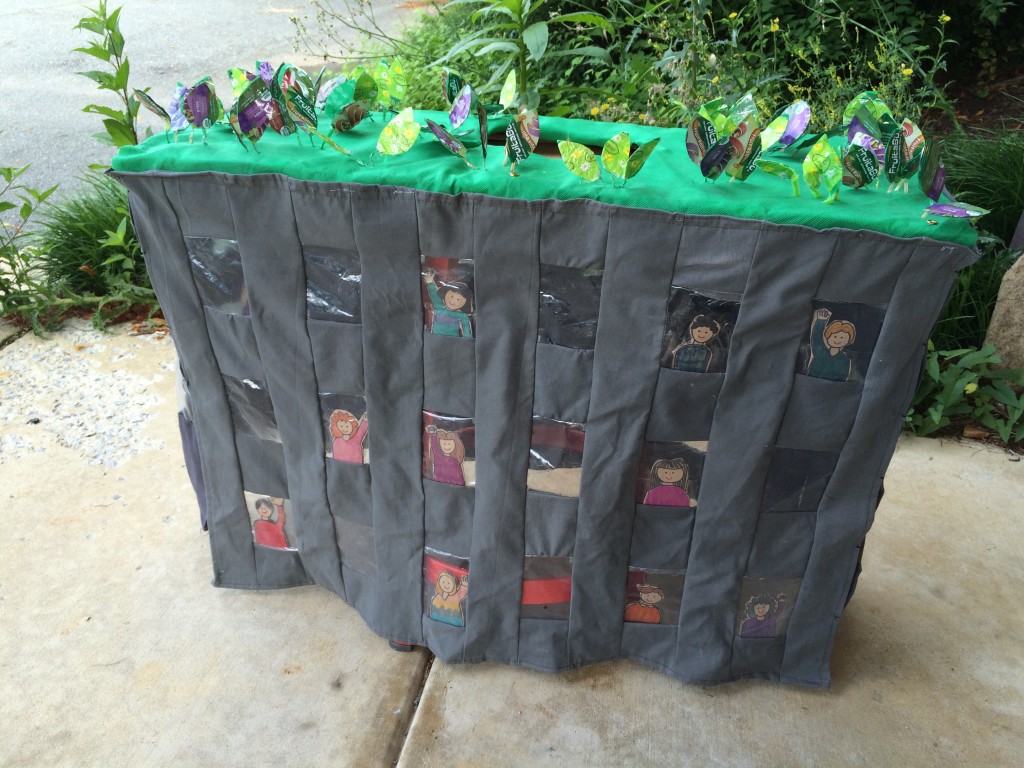 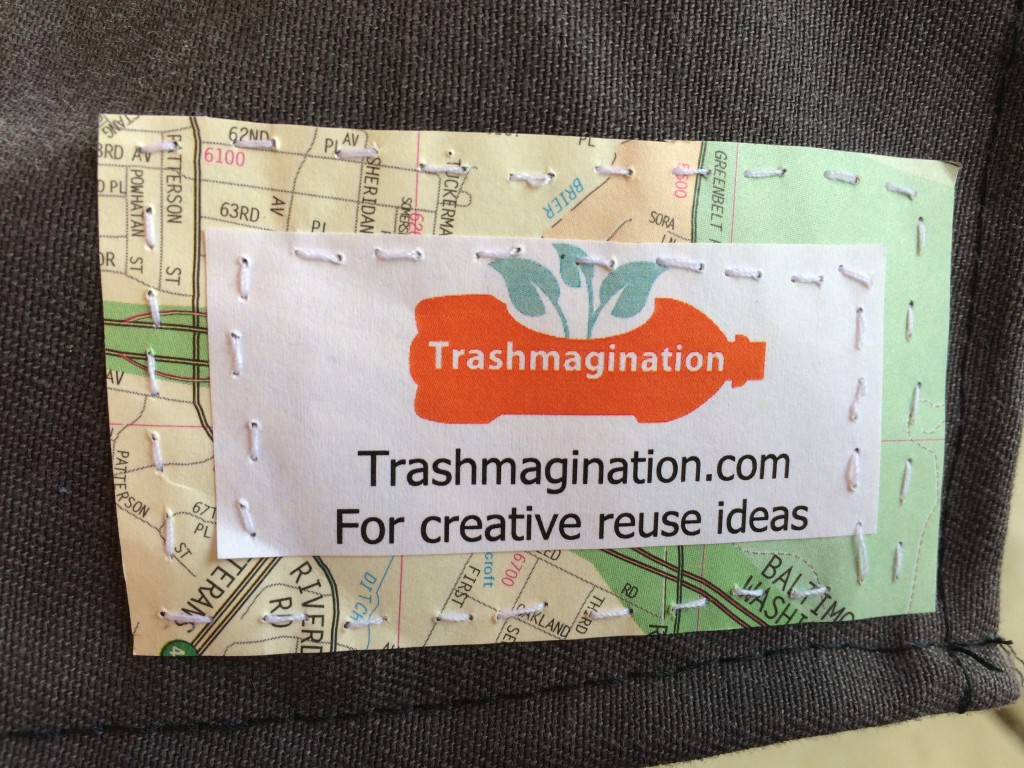 Trashmagination card sewn on the costume