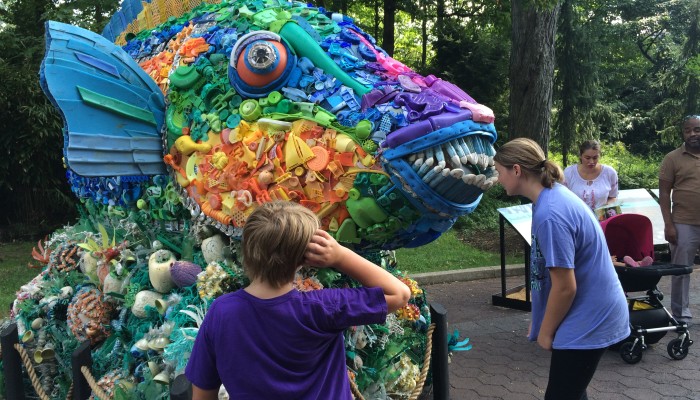 This summer, there was an incredible exhibit of 17 animal sculptures made from trash that had washed up on the beach. So many people emailed me to ask if I was going to see the exhibit. It was lovely to know that when people saw these sculptures, they thought of Trashmagination. My kids and I had the opportunity to see the exhibit.

The sculptures were made by an organization called Washed Ashore, a project founded by artist and educator Angela Haseltine Pozzi in 2010. The project is based in Bandon, Oregon. This video shows her process:

It is amazing to see the level of research she does, and all the sorting of beach trash, to make the creatures.

Watching this video reminded me that I find that objects made from trash are more interesting to view as they are being built. Once the items are made, it seems inert – like it was always like that, when in fact the genius was the transformation. What is interesting is listening to Angela talk about the problem she is trying to solve, like how to make the turtle’s neck skin or the patterns on its fin. It is fascinating to see how her tools interact with the trash – how she adds armature and makes things hold together.

What that teaches me is that perhaps when I am doing my Trashmagination work, it is not so interesting to just present the final objects. Instead, the art is actually best offered as performance art. It is the interaction of the artist with the trash that is the art.

I had never thought it about it this way. But I thought it was so odd that when I saw the final pieces at the zoo, it did not make my heart sing. That sounds so harsh, perhaps my expectations were too high. But the finished sculptures did not tell me the story in the way I thought they would – and that is coming from a place where I manipulate trash all the time. I got more feelings watching this video.

One thing I have struggled with in the past when designing trash art was how much to chop up the trash and how much to leave it whole so people see their reality reflected in the final items. I see Angela had that same struggle. When I give talks about art pieces made from trash, the best part is often something like a “Where’s Waldo” game where I ask people what the items are made from. If they cannot recognize the components, I know I actually have taken it too far and now it is just colorful plastic.

Another moment in the video that resonated with me was when Angela got so excited by the purple bucket that washed ashore. That’s how I experience trash as well. When you get the same things over and over again, it is funny how “rare trash” can be so exciting. I feel like it needs to go in an extra special project. But for people who have not seen the tons of trash before it, they don’t have a thrill from seeing a purple bucket. I think it is helpful for the artist to explain why a certain piece of trash is so inspiring.

Thank you Angela and the Smithsonian for letting me experience a trash art exhibit that was not by me, and thus I could have more objectivity and learn new lessons to help make my art more relevant for my audiences too. Much creative reuse love to you! 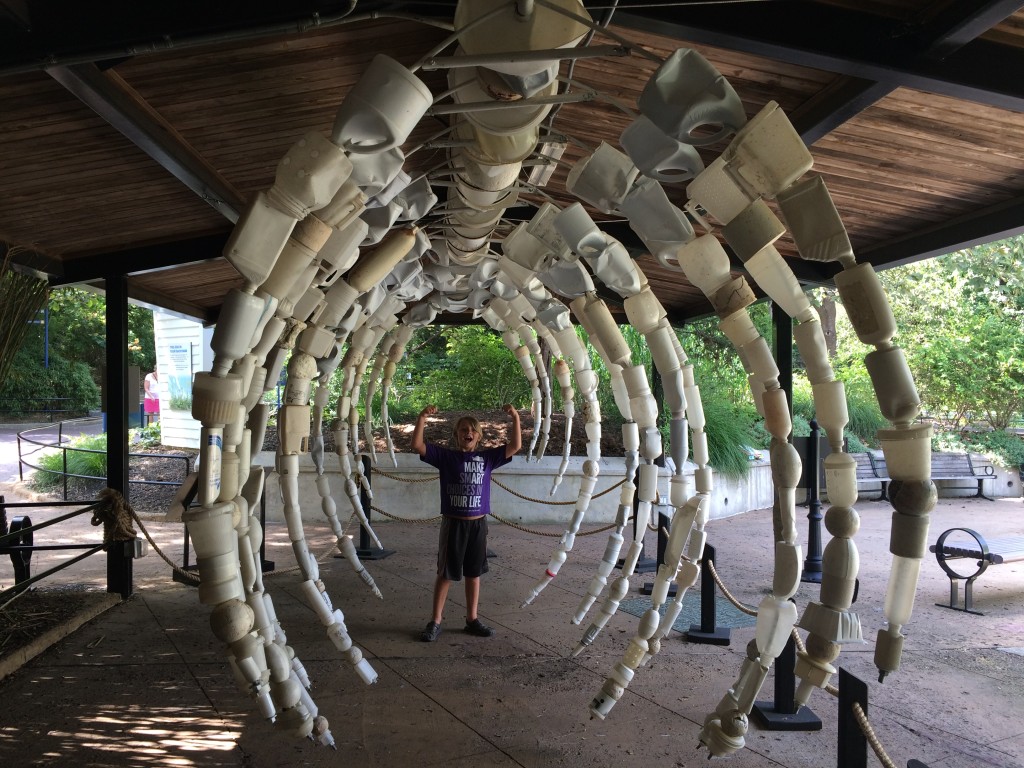 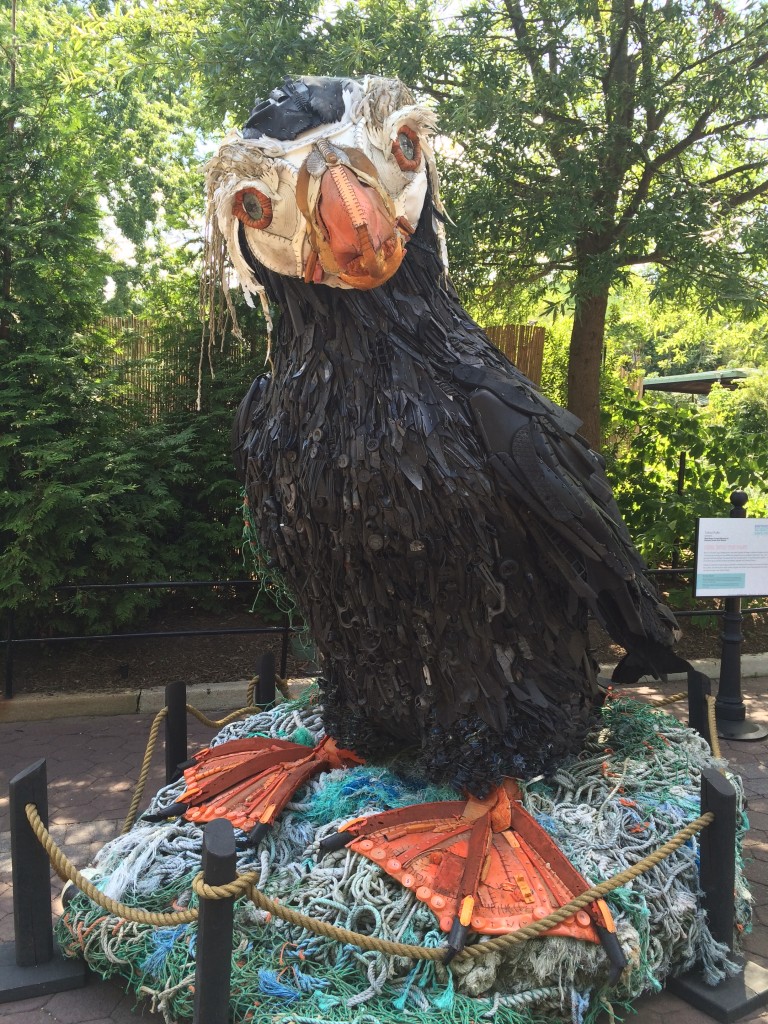 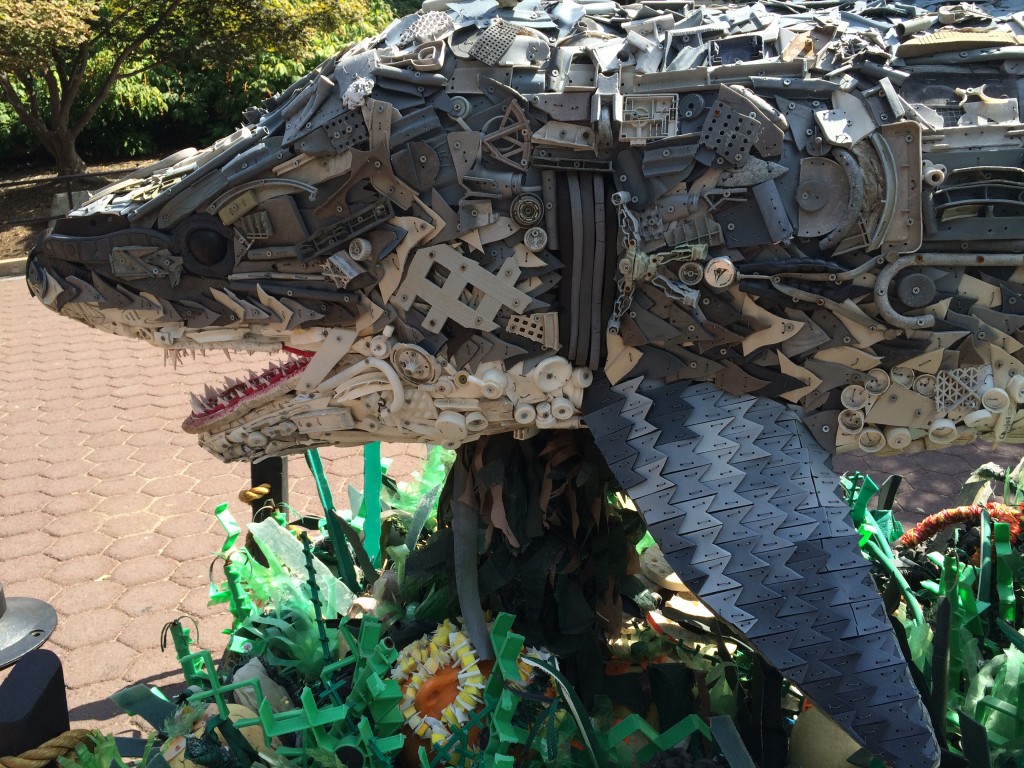 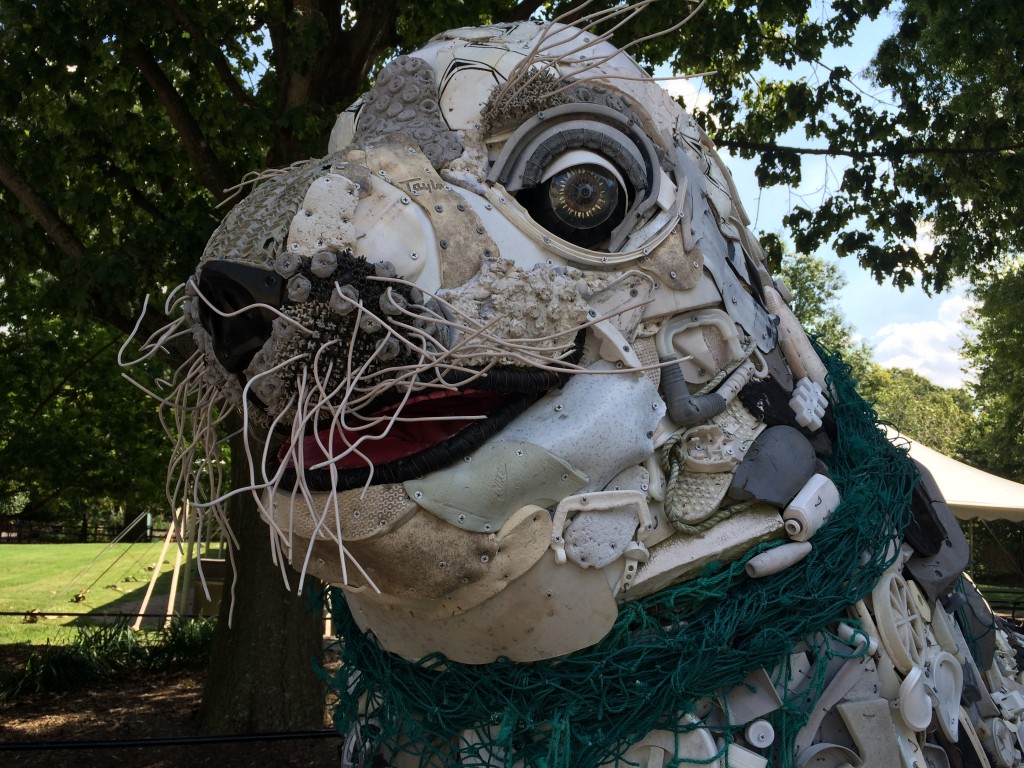 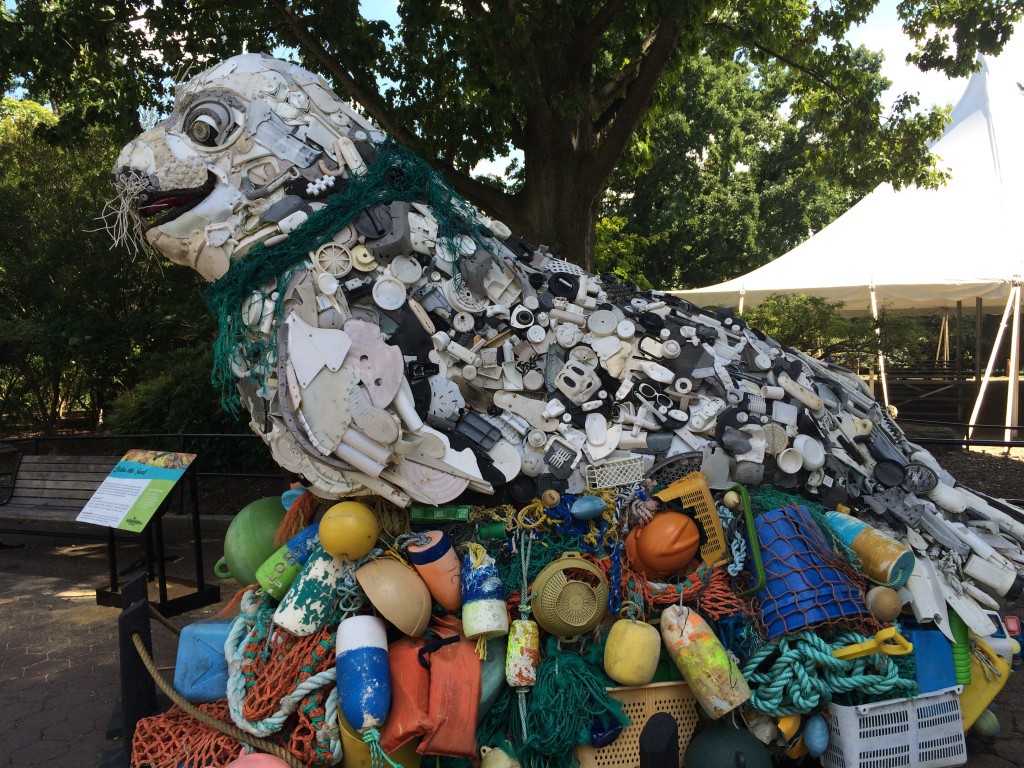