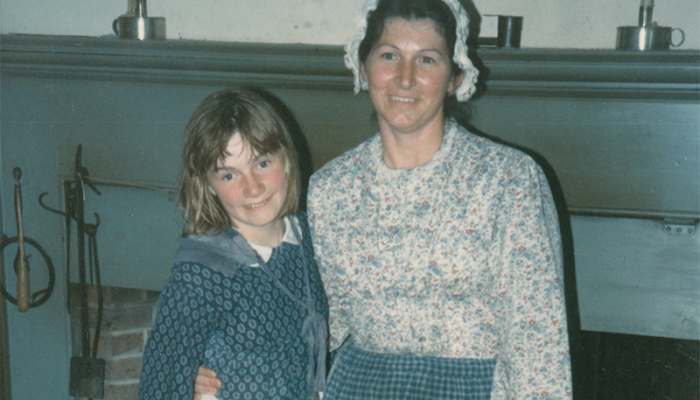 When growing up, I had the following careers in mind:

1) teaching the blind and deaf, like Annie Sullivan for Helen Keller

4) being a historic interpreter at Kings Landing Historical Settlement

Let me tell you about the last one. Kings Landing was just outside the town where I grew up, Fredericton New Brunswick. It was created in the 1960s because there was a big hydro-electric dam built in the area and all these historic homes were going to be underwater. The homes were moved to higher ground and formed into a pretend town representing the lives of New Brunswickers in the 1800s.

We visited Kings Landing as a family, but the most amazing experiences I had there was during their summer camps, which are called Visiting Cousins and Family Kin camps. During the week, you wear clothing from the time period, sleep on mattresses you stuff with straw and do all the activities that a child in that time would do including going to a one-room school. 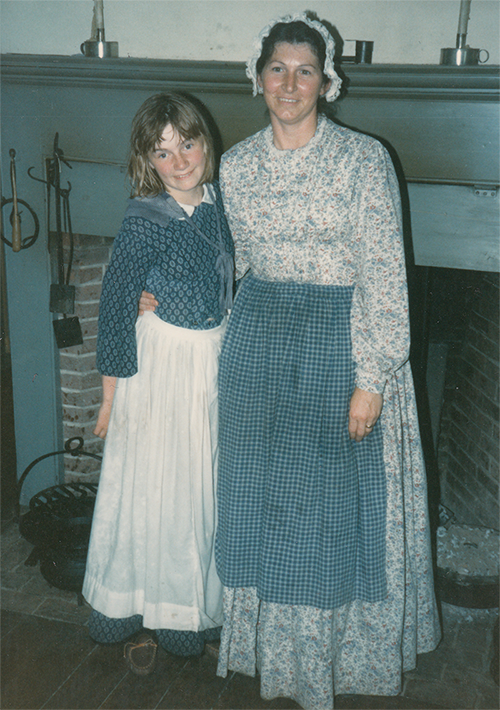 Me with my pretend mother at Heustis House, 1980s

I just LOVED living in that time period. There was always so much to do with my hands. I was always learning something like wool felting, cooking over a fire, dying wool with plants, taking care of animals, churning butter – all those things that transform one material into something more usable and beautiful. Certainly it was a critical influence on my Trashmagination brain.

Both times I went to camp there, I was assigned to portray a child living at Heustis House, which was a house close to the river and thus a bit cooler than many of the houses in the hot summer days. 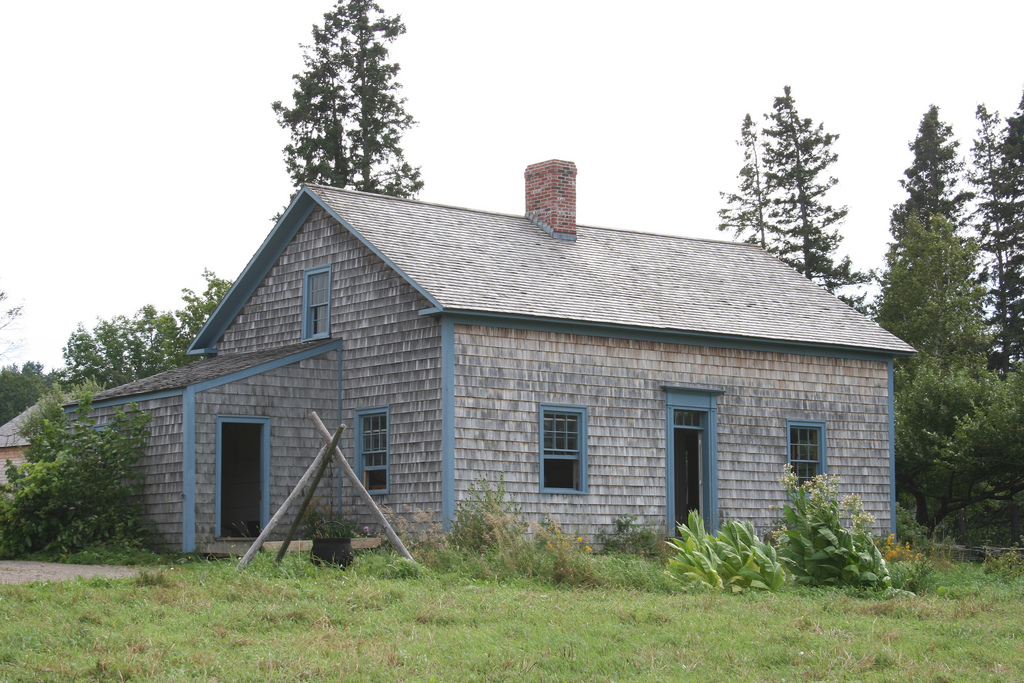 How I loved Heustis House! It was a bit smaller and darker than other houses, but so cozy. And I got to step into those rooms which were closed off to the tourists, and grate the nutmeg and make the cakes. Just looking at this photo of the kitchen fills me with nostalgia. 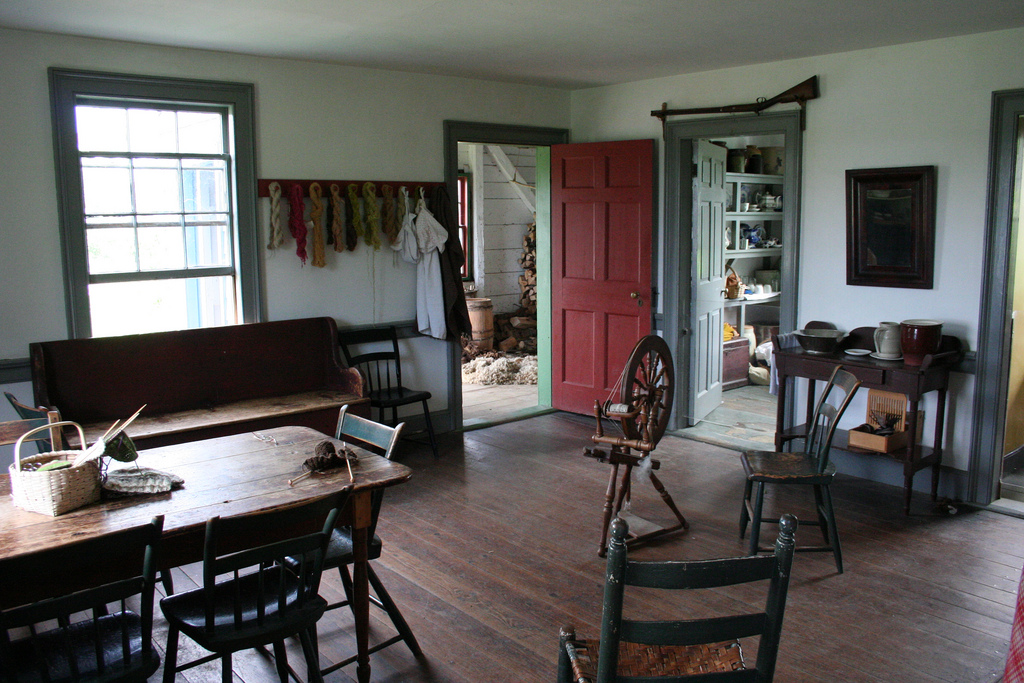 And when I saw this photo of the wool dyed with plants, it reminded me why I love working with fiber. 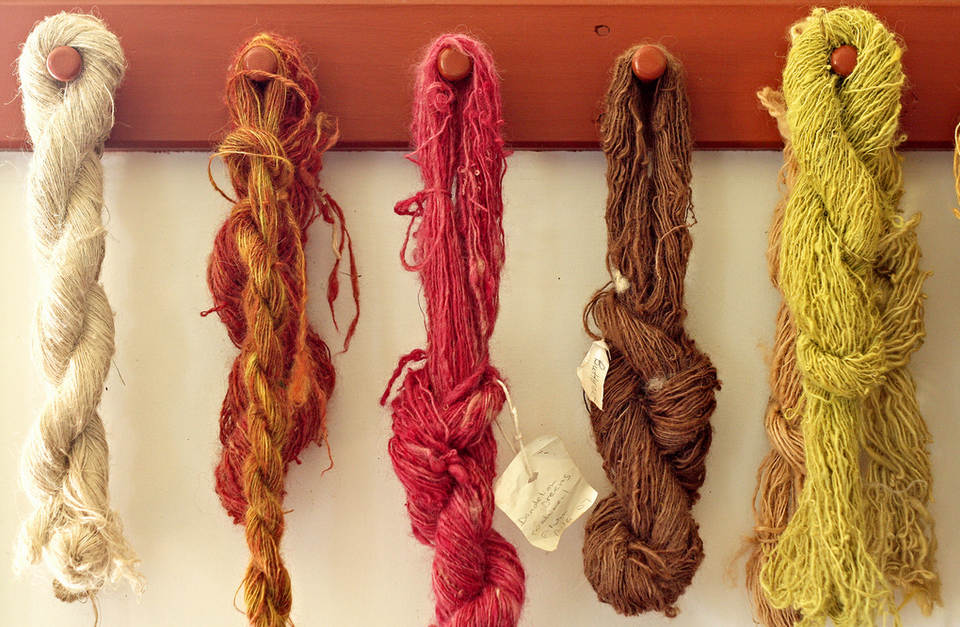 Is there any wonder why I felt the need to learn how to weave? 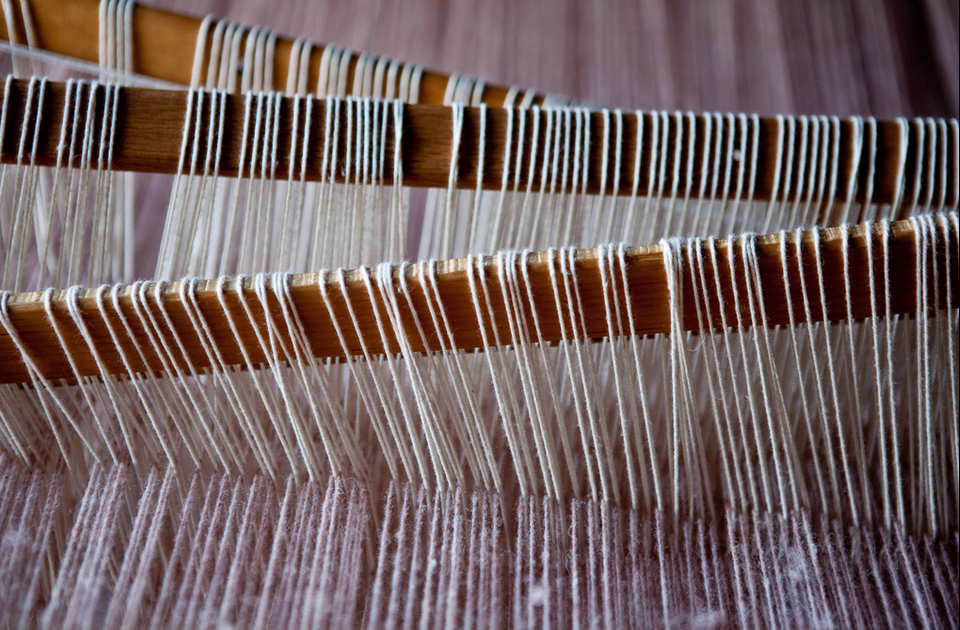 I have visited other historical villages such as Williamsburg in Virginia, Upper Canada Village in Ontario and Ross Farm in Nova Scotia. They were all lovely in their own way, but I never got to touch everything in those places. Kings Landing was my hometown, for a while at least. It was so much more real. 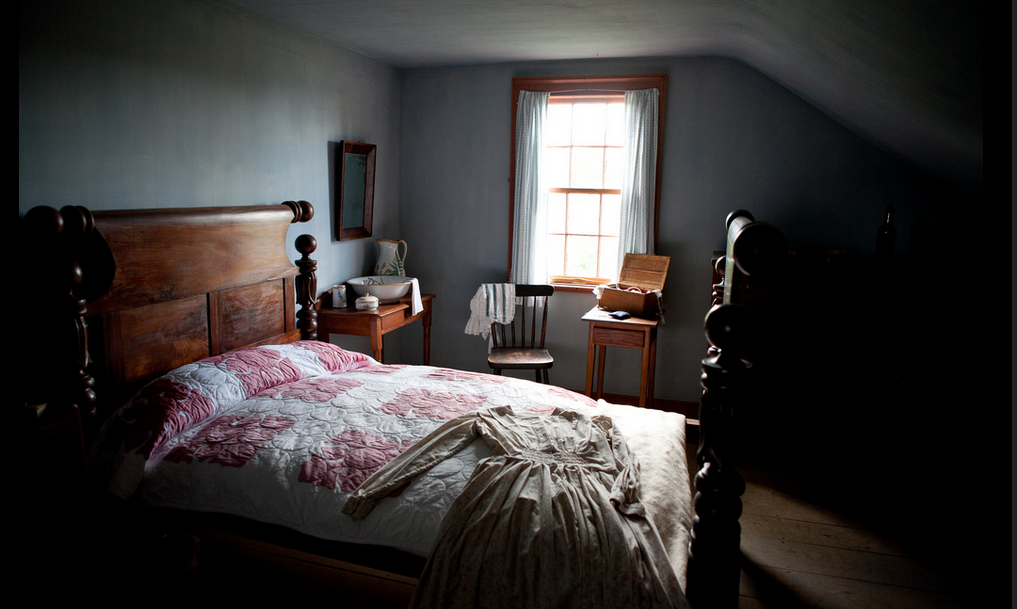 Maybe some day I will live that life – taking people through history with my hands. So many Trashmagination projects deal with the detritus of modern life. Sometimes I wish I could just shear sheep and forget the ocean is filling with plastic.

The photos featured in this blog (except the one of me) were taken by Marc Hagen and Kandise Brown from Flickr – used with permission.