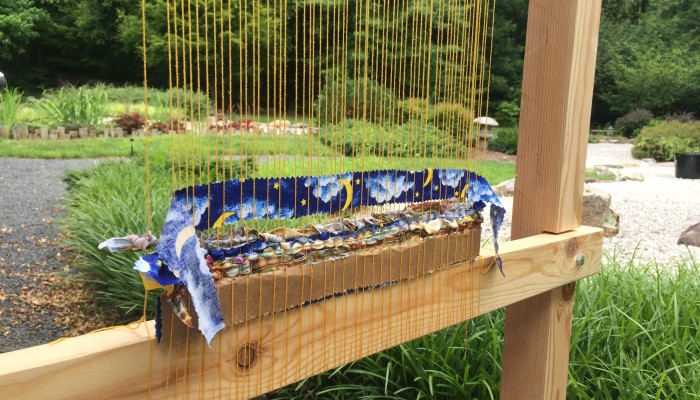 For Buddhists, a summer celebration called Obon is a time to express gratitude to loved ones who have passed on before us.

I’m helping coordinate the Obon at Ekoji Buddhist Temple next week (!) and have added a number of Trashmagination-inspired activities.

At Ekoji, every year people write the names of their ancestors on candles in the meditation garden and there is a candle ceremony at the end of the evening. Building on this lovely tradition, I suggested we could put my Story Loom in the garden as well. People could write messages or stories about their ancestors on strips of fabric, and weave them on the loom.

Yesterday I set up the loom in the garden to show folks how it would look and – it was so beautiful! This is going to be so much fun introducing people to weaving and in this context.

A New Warping Method for the Story Loom

To prepare for the event, I was talking with my husband Bob about how it takes a long time to warp the loom. I had to tie each vertical string on one at a time. In the past it has taken more than an hour. I have been following many weavers on Instagram, and I saw that on smaller lap-sized looms, people put nails or groove in their loom. This made warping go much faster.

Bob used my new drill press to drill a series of holes, all the same depth along the top and bottom beams of my Story Loom. He then added about 50 screws along the top and bottom, allowing for a two-foot wide warp. He purchased screws that are smooth near the top, so the threads are not rubbing against any sharp edges (the spirals) in the screw. 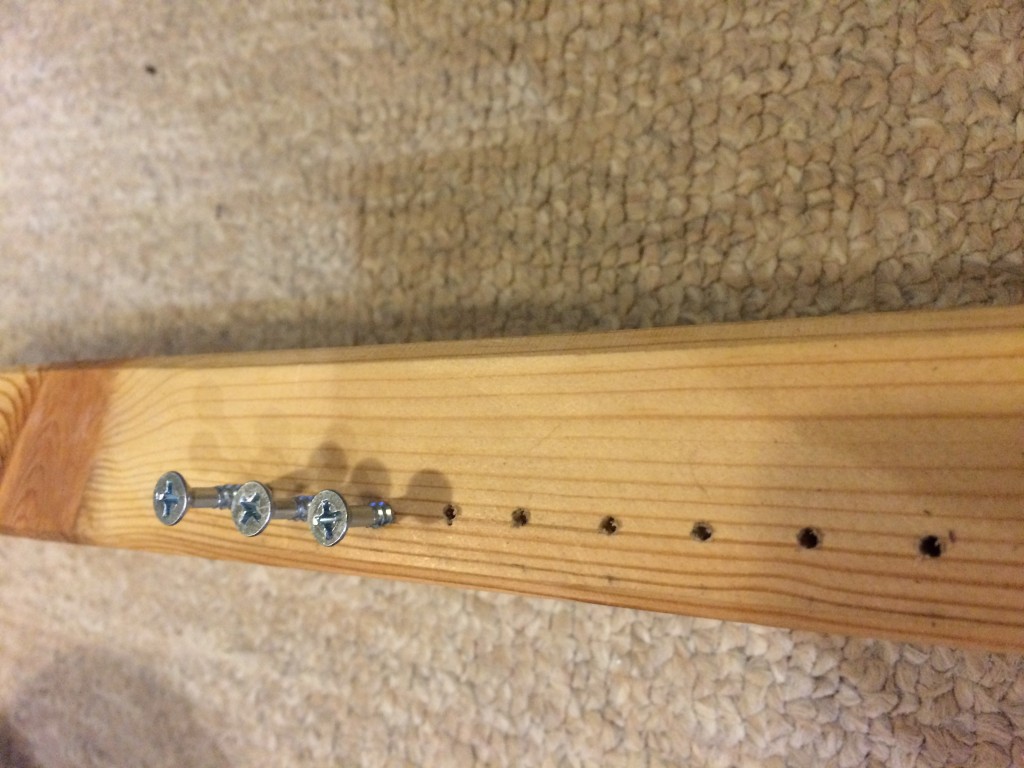 When I took the loom to Ekoji, my fellow taiko performer Victoria helped me quickly put it together and fed out the yarn as I made the warp. Wow – it was done in about 15 minutes, and that was with lots of chatting. I am so thrilled about this!!

We then took the loom into the garden for photos. Isn’t it beautiful? 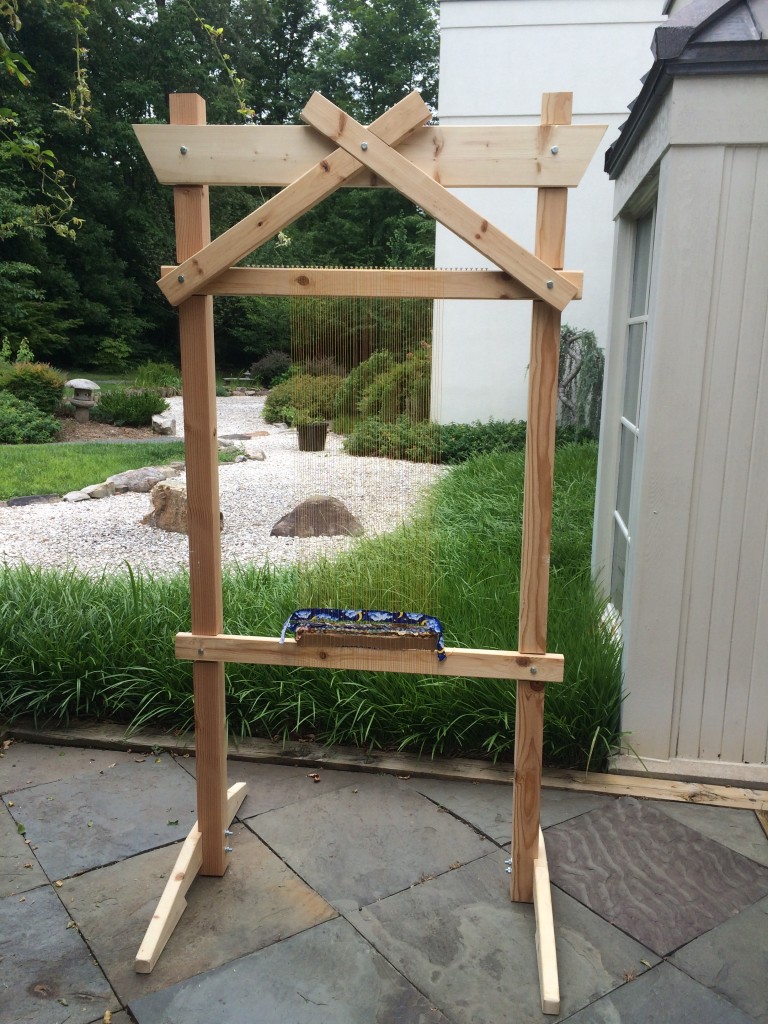 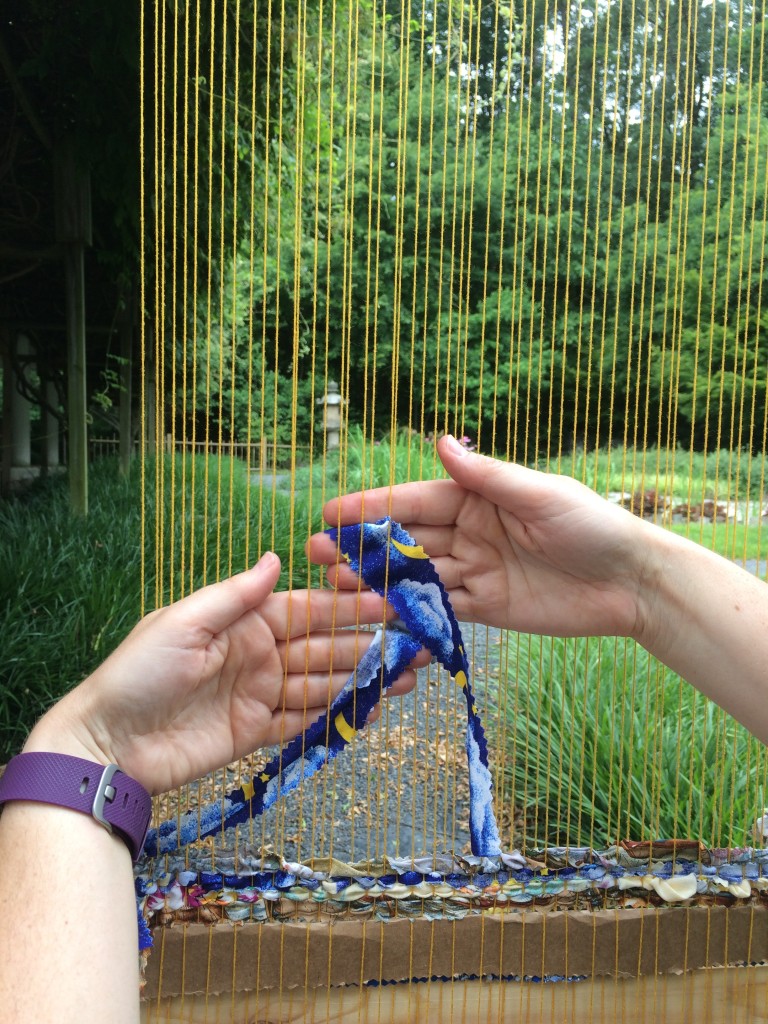 Weaving in the meditation garden 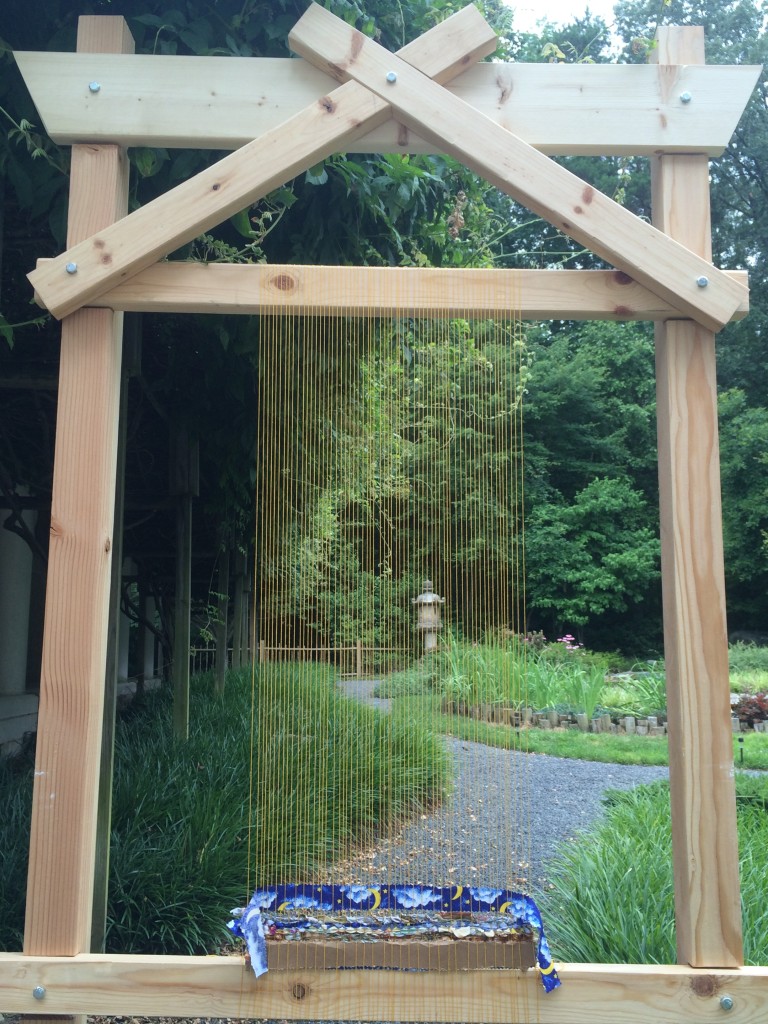