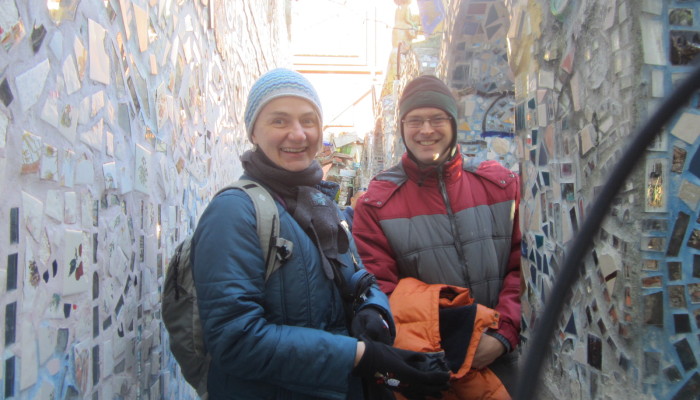 An artist in Philadelphia builds incredible mosaics from trash. His name is Isiah Zagar, and he started by first decorating the inside of his art gallery where he and his wife sold Peruvian folk art. They had fallen in love with Peru while serving with the Peace Corps. They realized they wanted a gallery that was as beautiful as the art, and so he started making mosaics.

They were located in South Philadelphia, an area that was soon threatened by a large highway build. The community came together to fight the highway and the Magic Gardens became a rallying point.

Today Mr. Zagar has purchased a warehouse south of his Magic Gardens, which he is filling with more mosaics. He is now 75 years old.

I first learned about the Magic Gardens when my friends Jess and Mona visited and put up photos on Facebook. It immediately went on my “must-see” list. We had planned on travelling to Canada for Christmas, but that trip was cancelled at the last minute. I immediately thought – let’s go see the Magic Gardens in Philadelphia. We saw lots of other things too – Longwood Gardens with the incredible holiday display, the Franklin Institute and the Mint. But the Magic Gardens was the sight I wanted to see the most.

The Magic Gardens start inside a building that Zagar purchased as a rental property. He lined every square inch of the walls with mosaic – even the bathrooms and ceilings. Then he extended the build outdoors. First it was the driveway, then the empty lot next door. The owner of the empty lot thought he was borrowing the lot for something less permanent. When the owner came to see how Zagar had dug down into the ground and lined the pit with mosaic stairs, he was upset and was going to charge Zagar for the cost of the bulldozer. But the community came together and raised the funds to buy the empty lot. They had contributed many objects to Zagar’s mosaics.

When we arrived, they gave the kids a scavenger hunt to look for animals in the mosaics. Zagar has a lot of animal images incorporated, as well as people, angels, words – everything. It’s like the best scavenger hunt ever.

Russell at the Magic Gardens

The stairs going down into the earth are an impressive section. Every step is uniquely decorated. There is no grid pattern or other obvious plan to the Gardens. It’s like he dug and built spontaneously. 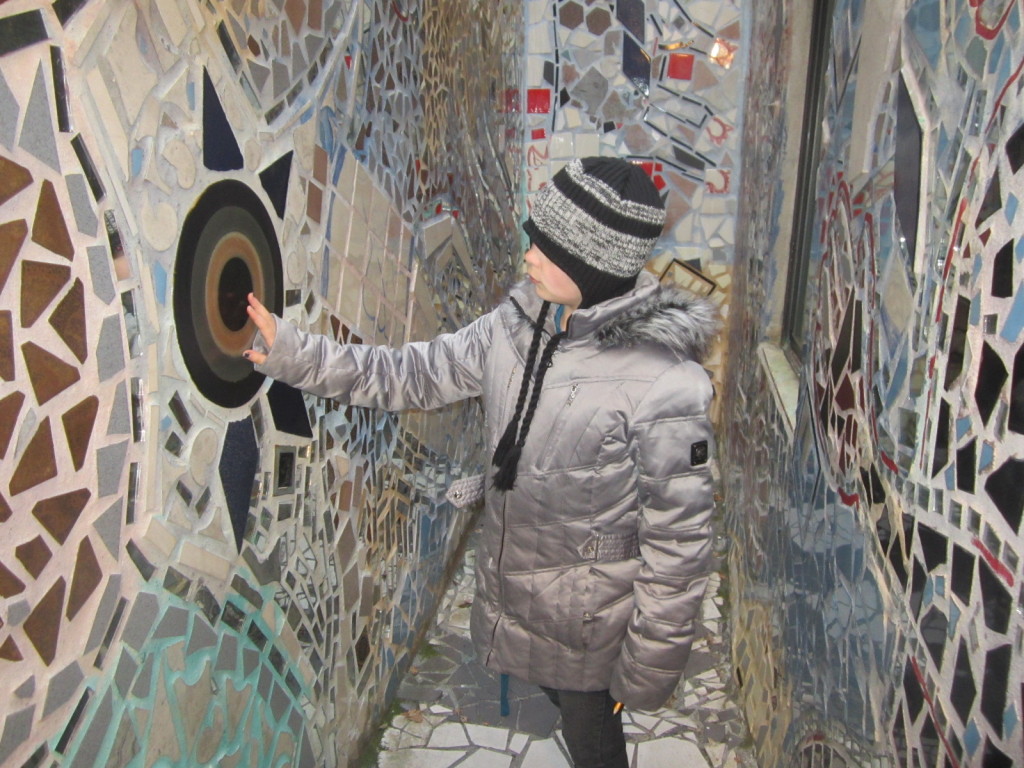 I love how Nora’s shiny winter coat blends into the shiny mosaics in this image. 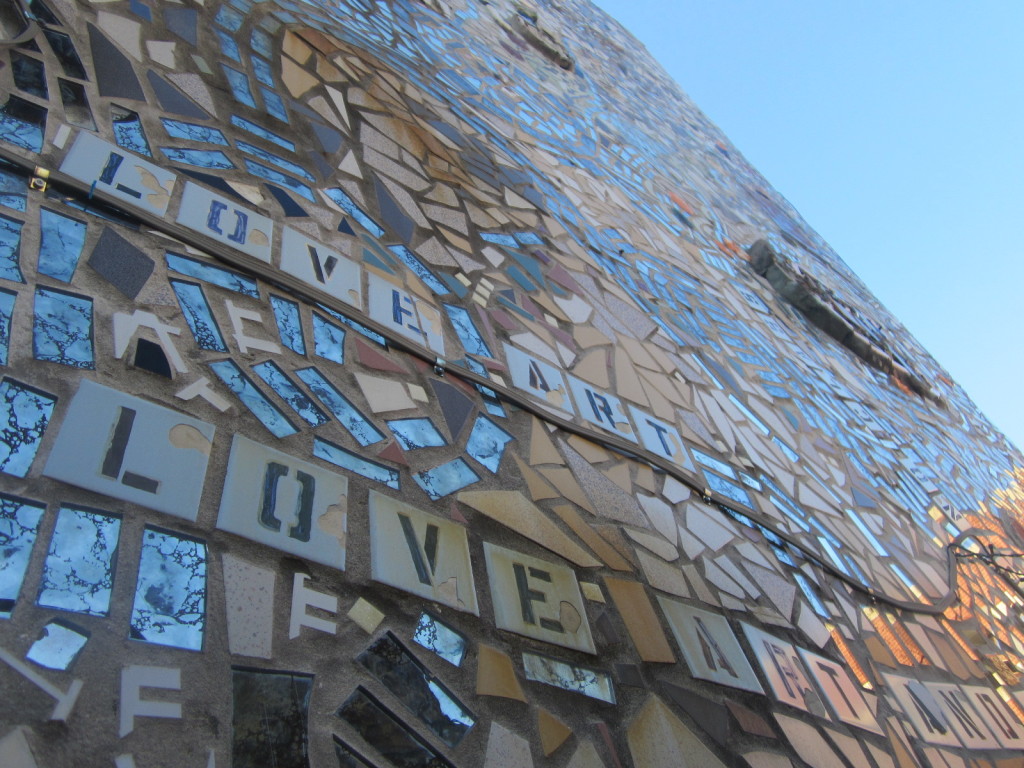 I have never made a mosaic but at the Magic Gardens, there are regular classes where people make a variety of recycled art, including mosaics. It would be great to come back for one of those workshops some day.

So if there is a Trashmagination heaven – this is what the mosaic section would look like!!! 🙂