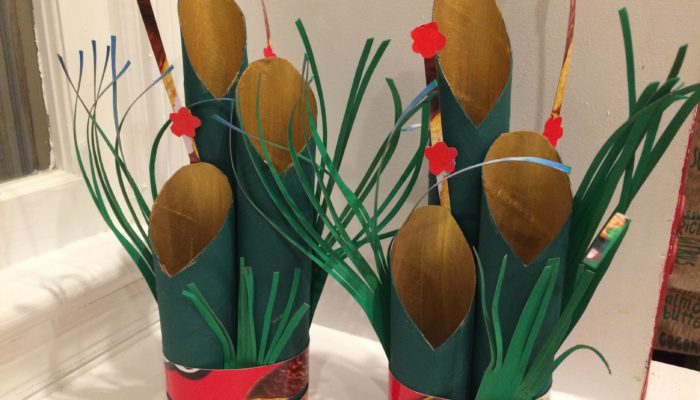 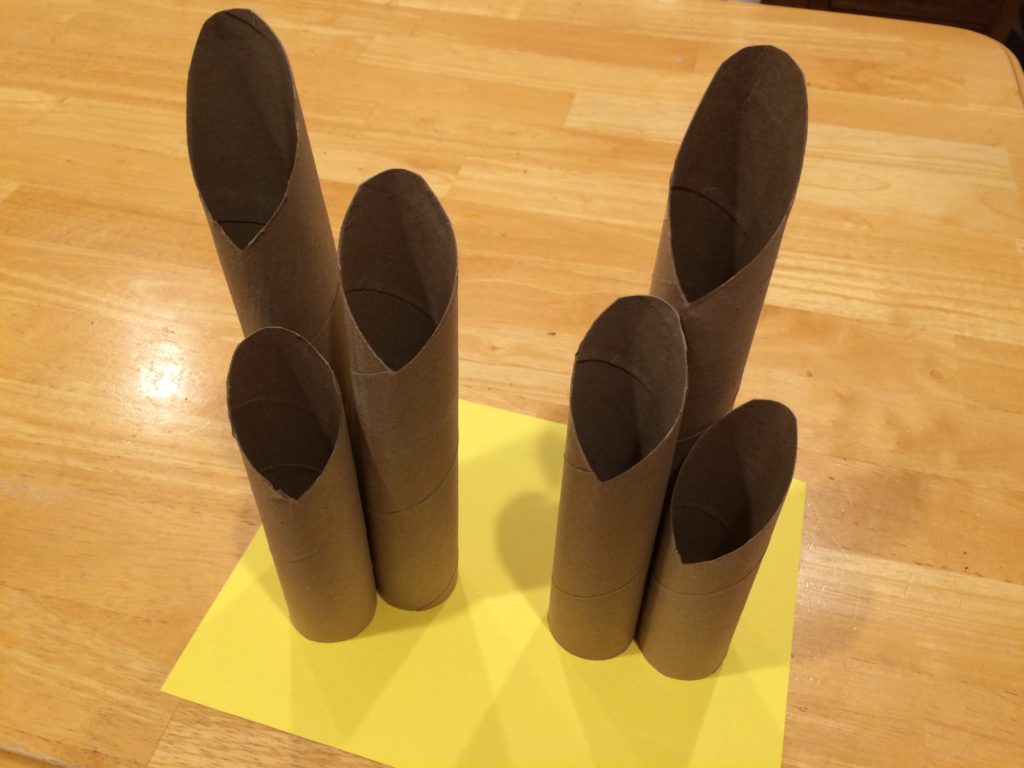 A kadomatsu is a Japanese decoration placed outside the door around the new year. December 28 (today!) is typically the last day you would put it outside. After January 15, the decorations are burned. They are temporary housing for ancestral spirits, part of Shinto tradition.

This craft is made from paper towel cardboard rolls painted dark green on the outside and shiny yellow on the inside. The ume branches and base ribbons are cut from a red box of pastries.

To make the pine needles, I painted a piece of cereal box cardboard dark green, then cut it in thin strips. 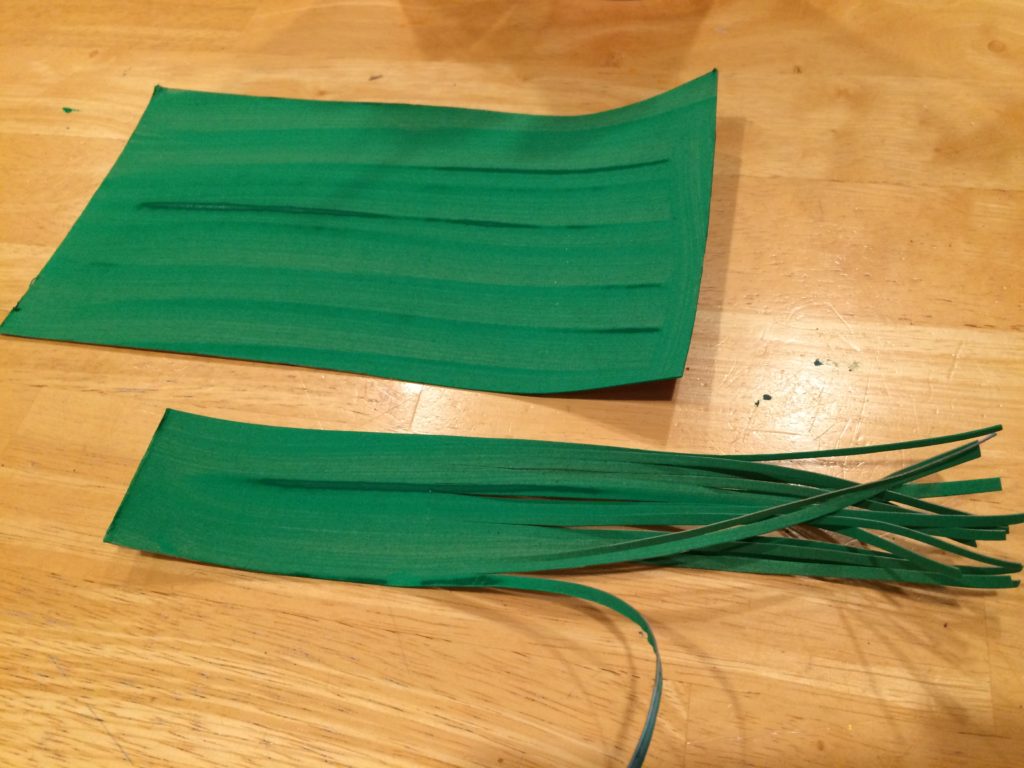 The only tape or glue in the craft is used to hold on the red ribbons. The branches were held on by the strips.

Here’s a photo of the final craft, showing the two strips of red “ribbon.” 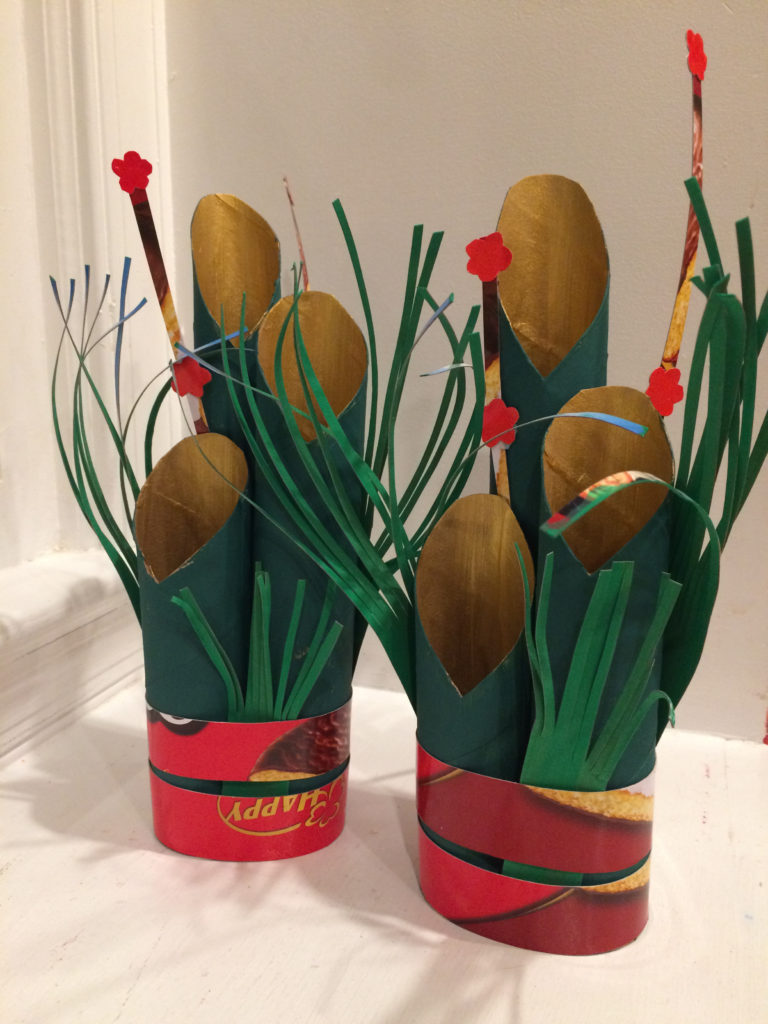