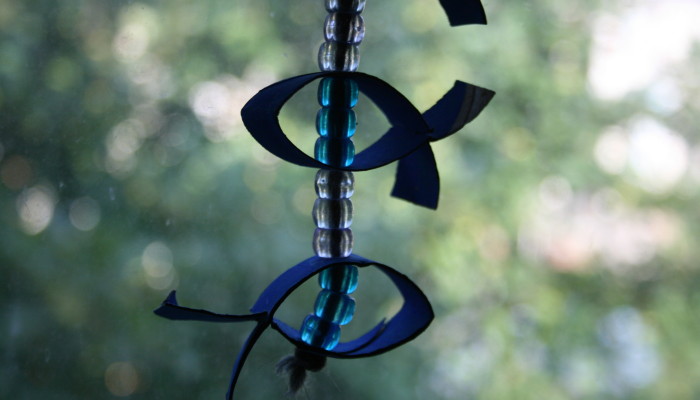 At this year’s Family Nature Summit, I taught recycled crafts with the kids in the kindergarten and first grade groups. The four crafts we made were:

This last craft came directly from my head rather than adapting a non-trash craft, although I have since seen a non-trash-material “flying fish craft” on Mineco. I think the idea of using toilet paper rolls and adding beads takes this to the next level!

Here is one of my students proudly showing her crafts: 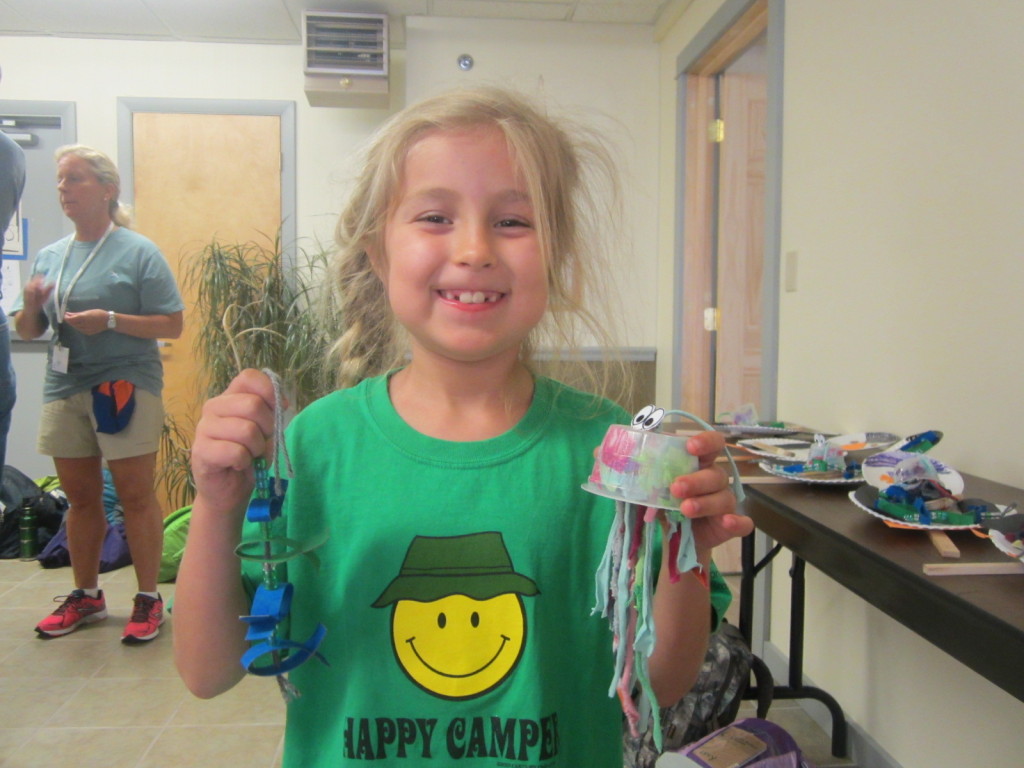 Lesson 1: Making the Fish Tails is Hard for Kids – Even though I think it is cool to put colorful beads inside the fish and clear beads outside the fish (to represent bubbles), the kids really don’t want to stop threading long enough to open their fish.

Lesson 2: Kids LOVE the fish – Kids wanted a LOT more fish than I thought they would. I had prepared about five fish per kid, and they wanted about 10 each. At the the Summit, my mom ended up helping me make a bunch more fish at the last minute because my first group used up my fish! If you want to limit the amount of fish prep work, give the kids shorter yarn. 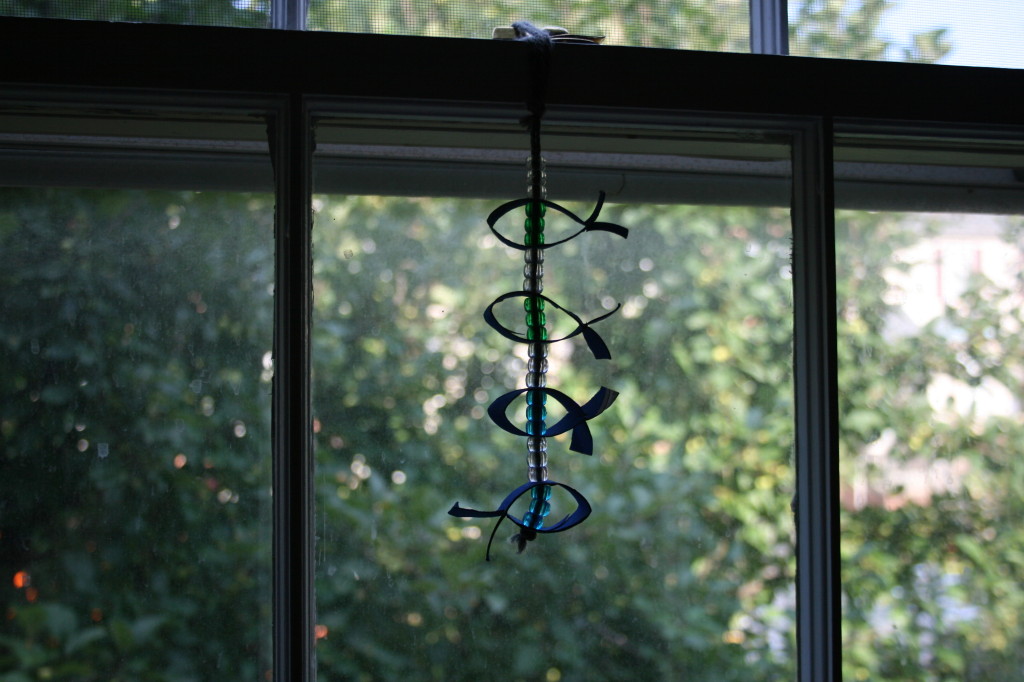 While I’m on the topic of recycling toilet paper tubes, I have a funny story. A few year ago, I had saved up maybe 50 toilet paper tubes. I put up an offer on Freecycle for Toilet Paper Tubes. Or maybe I put Toilet Paper Rolls. Anyhow, I clearly did not communicate that the tubes were empty, i.e. there was no toilet paper on them anymore. A person from a local church responded to my offer. They came to pick up the tubes. I was not at home so I left them on my porch.

That night, I was out walking around my street and I saw my box of carefully-saved toilet paper tubes beside the curb. The next day was garbage day, so my box was sitting beside someone’s garbage. It became clear in that moment that the person had taken my box, realized their mistake (or my mistake, I guess) and then dumped my box. I was pretty sad about that, given that I thought they wanted the tubes for a craft at their church. Anyhow, it was one of my rare sad experiences with Freecycle.

Lesson learned: If I want to freecycle something that typical people think is trash, I have to be SUPER clear about what I mean. It’s just a typical day in the life of Trashmagination, I guess.